Legendary 20th Century war poet Siegfried Sassoon's life-long quest for personal salvation through his experiences with family, war, his writing, and destructive relationships goes unresolved, never realizing it can only come from within. (NR, 137 min.) 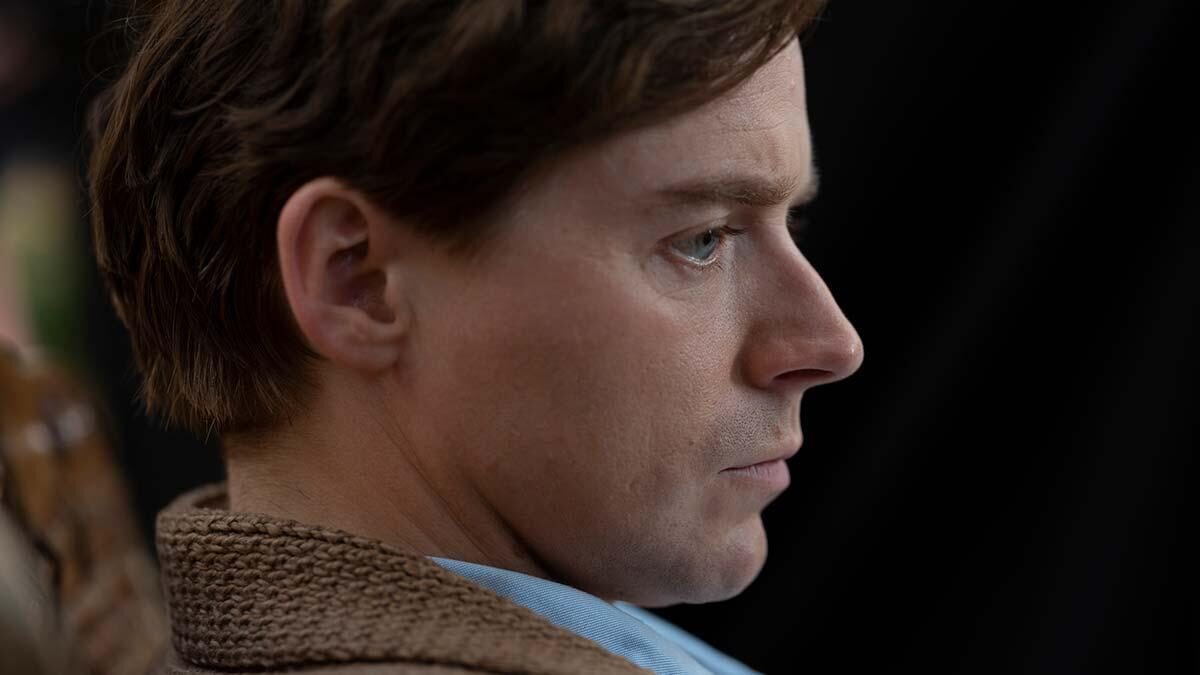 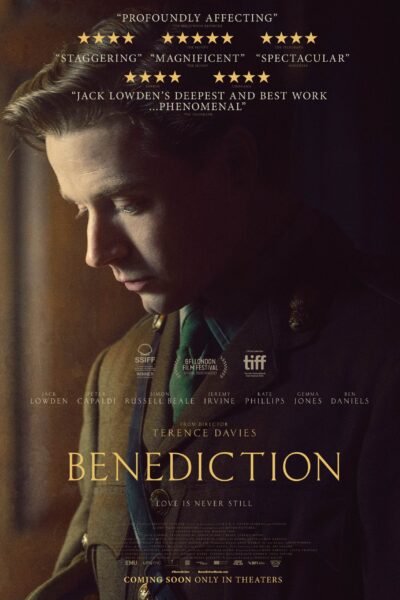 Benediction explores the turbulent life of WWI poet Siegfried Sassoon (Jack Lowden). The writer and soldier was a complex man who survived the horrors of fighting in the First World War and was decorated for his bravery but who became a vocal critic of the government’s continuation of the war when he returned from service. His poetry was inspired by his experiences on the Western Front, and he became one of the leading war poets of the era. Adored by members of the aristocracy as well as stars of London’s literary and stage world, he embarked on affairs with several men as he attempted to come to terms with his homosexuality. At the same time, broken by the horror of war, he made his life’s journey a quest for salvation, trying to find it within the conformity of marriage and religion. [Metacritic]

"It's an elegant piece of filmmaking."

"With every scene a stanza, Benediction is a lyrical triumph."

"To call Benediction a biopic would be giving biopics a bit too much credit. They don’t deserve Benediction."

"A benediction is a prayer for divine help. For any lover of beautifully crafted cinema with real emotional charge, Davies’s latest will feel a lot like an answer."

"Benediction, once again so beautifully filmed, so restrained and tactful in its visual world, is nothing less than a perfected statement of a life unredeemed."

"The sheer depth of Sassoon's personal misery feels like a brutally unfashionable thing for a contemporary film to confront, but Davies, who's never given a fig about fashion, confronts it head on."

"Benediction finds both sorrow and hilariously withering wit in the eventful life of a famed wartime poet, offering some of the sharpest, nimblest dialogue of writer-director Terence Davies’ estimable career."

"The overall tone is melancholic, as dictated by Lowden’s terrific performance as a man searching for something he will never find because he doesn’t know what it is. But it is also wonderfully funny in places."

"Beautifully designed and photographed, sensitively written and directed by England’s acclaimed Terence Davies, and impeccably acted by a distinguished cast that turns life into art, Benediction is one gorgeous motion picture."