Redemption is the long game in Paul Schrader's THE CARD COUNTER. Told with Schrader's trademark cinematic intensity, the revenge thriller tells the story of an ex-military interrogator turned gambler haunted by the ghosts of his past.
(R, 111 min.) 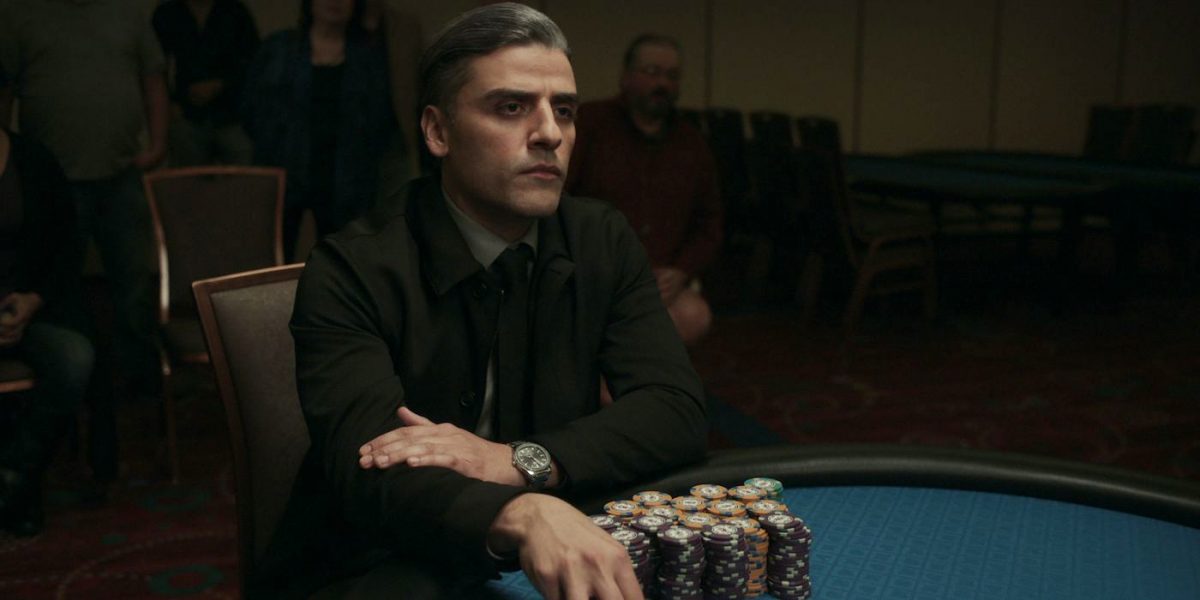 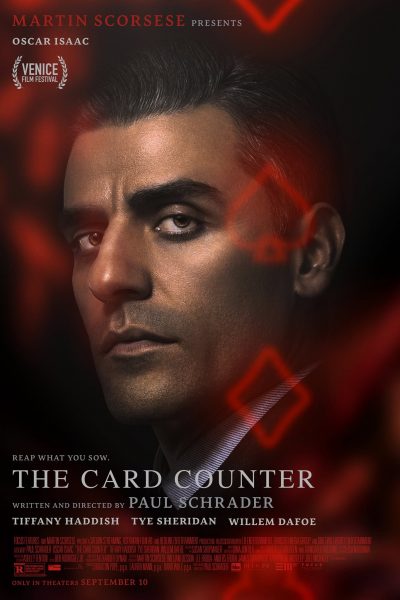 Tell (Isaac) just wants to play cards. His spartan existence on the casino trail is shattered when he is approached by Cirk (Sheridan), a vulnerable and angry young man seeking help to execute his plan for revenge on a military colonel (Dafoe). Tell sees a chance at redemption through his relationship with Cirk. But keeping Cirk on the straight-and-narrow proves impossible, dragging Tell back into the darkness of his past. [Focus Features]

"You’ll leave the film unable to stop thinking about its dimensions."

"So this is a movie that, of course, is about much more than poker."

"Paul Schrader's film grows more heated and crazed as the chaos of the past bleeds into a repressed present."

"A great poker sequence makes you feel like you're seated at the table, at the heady center of the action, and 'The Card Counter' gives you that sensation."

"A tale of trauma told, fittingly, with a poker face, Paul Schrader’s The Card Counter is a sure-handed rumination on redemption and finding peace of mind."

"Continues Schrader's intriguing relationship with altered states of consciousness in reaction to trauma via individuals who dissociate from their reality and enter a preternatural state."

"It is a muffled primal scream about war, torture, trauma, grappling with who to blame and how to cope. However, the film ultimately proves that Schrader is a hopeless romantic at heart."

"Paul Schrader has spent much of his career peering into the dark abyss of troubled men's souls. He creates another subject eminently worthy of such examination in the title figure of The Card Counter..."

"The Card Counter, with Isaac’s superb performance at its heart, might be the movie you didn’t know you were wishing for, coming at a time when wishing for life to restart has become a consuming preoccupation. The Card Counter, intense and vital and hugely satisfying, is pretty great."

"It’s truly a wild, blazing ride if you get on the movie’s bruising, mesmeric wavelength, a tragic but deeply moral film about a righteous, transactional man who has truly weighed and considered the cost of the wicked transgressions committed against his country, his fellow man, and his own soul."