The strange case of Mikhail Khodorkovsky, once believed to be the wealthiest man in Russia, who rocketed to prosperity and prominence in the 1990s, served a decade in prison, and became an unlikely martyr for the anti-Putin movement.
(NR, 119 min.) 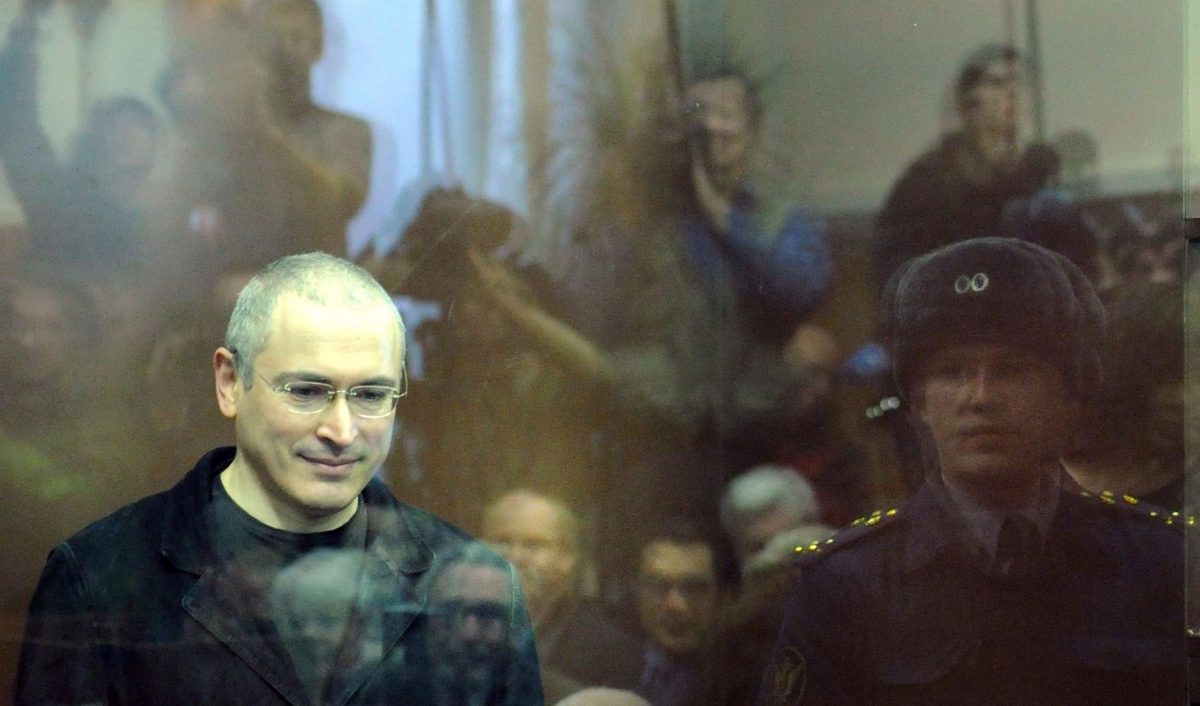 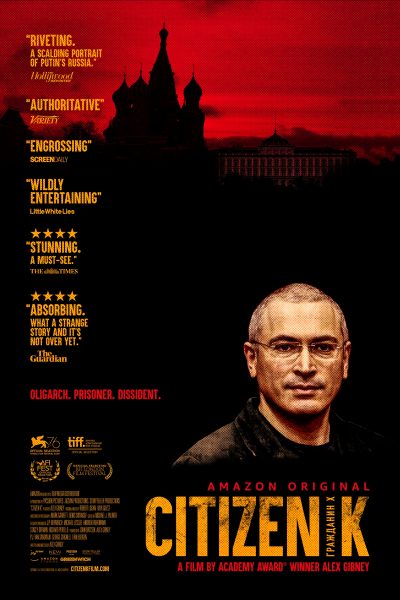 Citizen K is an intimate yet sweeping look at post-Soviet Russia from the perspective of the enigmatic Mikhail Khodorkovsky, a former oligarch turned political dissident. Benefitting from the chaos that followed the dissolution of the U.S.S.R., Khodorkovsky was able to amass a fortune in financing and oil production and became the richest man in Russia. However, when he accused the new Putin regime of corruption, Khodorkovsky was arrested, his assets seized and following a series of show trials, sentenced to more than ten years in prison. Today, as an exile living in London, he continues to speak out against Putin’s two-decade stranglehold on power. Expertly researched and photographed, Gibney uses Khodorkovsky’s story to explore the complex interplay between oligarchy and government and its destructive effect on democracy in Russia and beyond. [Metacritic]

"The Oscar-winning documentarian is back, firing on all cylinders and reconnecting with his political muse. The result is easily his best documentary in years."

"It's an undeniably informative and vital documentary, which clearly illustrates a disturbing political farce that has been allowed to thrive for far too long. Which is to say, at all."

"Essential viewing for anyone needing a history lesson about Russia since the fall of the Soviet Union, and who wants a frontline report on the current geopolitical landscape in Europe, including Ukraine."

"Khodorkovsky is a charismatic subject with a still-mischievous twinkle in his eye even after serving ten years in a Siberian prison, making him a marvelously ambiguous antihero for documentary treatment."

"[I]t is Gibney's film... that best tells this complex, contradictory tale of a businessman who rose from middle-class anonymity... to become one of Russia's richest men during the early days of Russia's post-Soviet experiment with capitalism."

"This is a study of power, and what power will do to survive; a study of how morality is more historically significant as a condition, and not a cause. The rich won’t save us — that’s what makes them rich. The fascinating Citizen K will leave you to determine the value in one of them saving themselves."