Diamantino, the world's premiere soccer star loses his special touch and ends his career in disgrace. Searching for a new purpose, the international icon sets on a delirious odyssey where he confronts neo-fascism, the refugee crisis, genetic modification, and the hunt for the source of genius.
(NR; 96 min.) 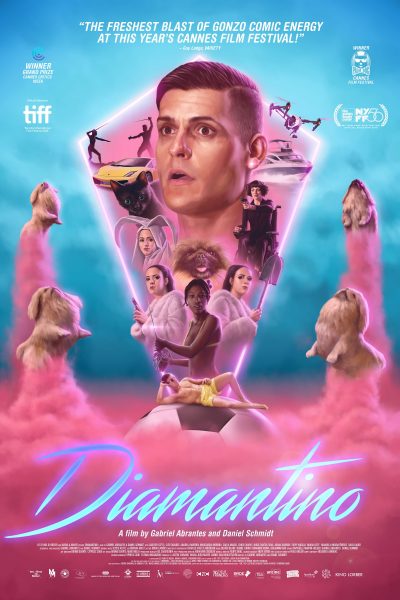 This film is part of our In Translation series of recent foreign language films of note, your ticket to contemporary World Cinema.

"It sizzles with a comic energy rare for a movie with such blunt and weighty political commentary."

"Part B-movie spoof, part handcrafted satire, and always driven by a genuine vision for a better tomorrow, Diamantino is like looking at today's Europe through a funhouse mirror, and somehow seeing it more clearly as a result."

"Part political satire, part fantasy, part I-don't-even-know-what, Diamantino is exactly the type of surreal concoction that begs to be discovered by unsuspecting audiences."

"A witty, gender-bending fairytale for adults, complete with a Cinderella protagonist."

"Love it or hate it, this title will surely be hotly debated wherever it goes, and that's just based on the story it contains, not the outstanding way in which everything has been imagined, assembled and played."

"Sweet, wild, and openhearted, Diamantino is as charming as its muddle-headed protagonist. He may be football's version of a bear of very little brain, but he's the only one with a clear thought in his head."