Artist Matt Furie, creator of the comic character Pepe the Frog, begins an uphill battle to take back his iconic cartoon image from those who used it for their own purposes.
(NR, 92 min.) 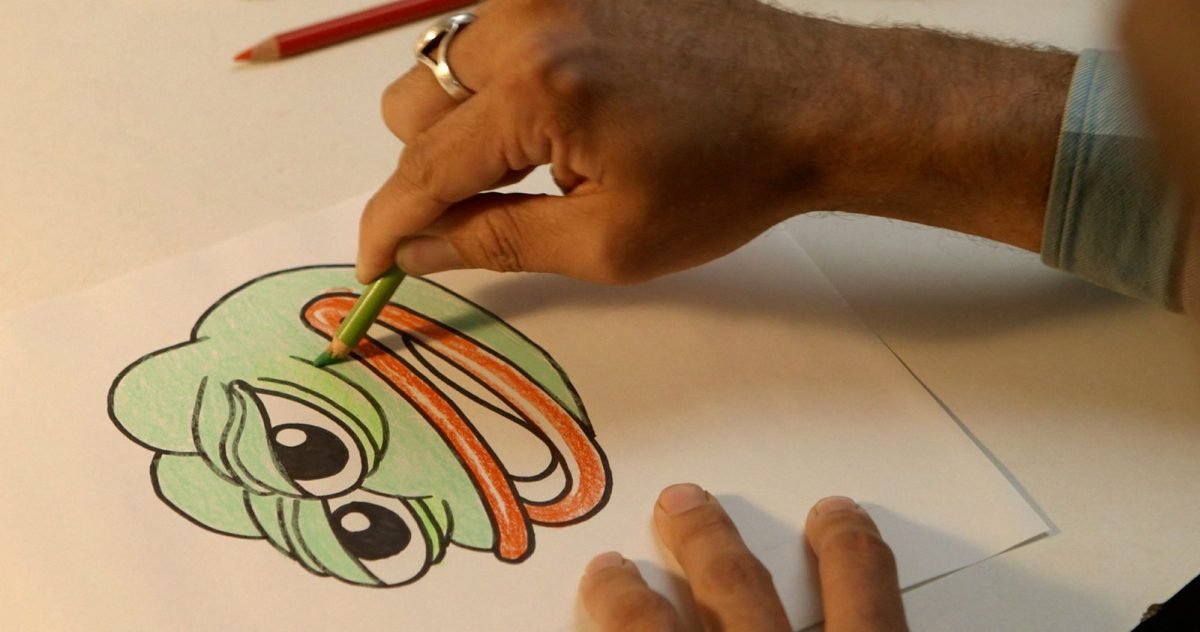 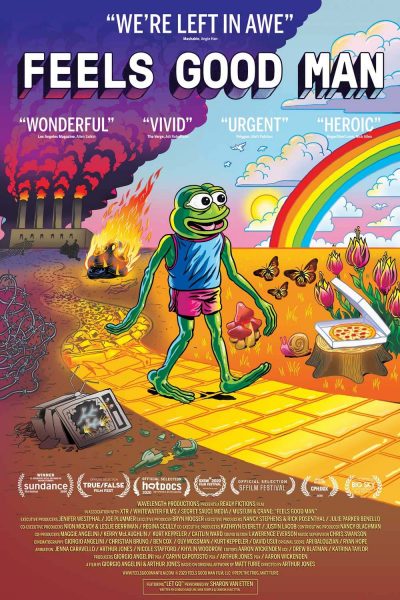 As in many of the weirdest fairy tales, it all starts with a frog. This story, however, is all too real. In November 2016, a barbaric election cycle had exposed a seismic cultural rift, and the country suddenly felt like a much different place. For underground cartoonist Matt Furie, that sensation was even more surreal. His innocent creation, Pepe the frog, had become co-opted by agents of chaos.

"A beacon of internet literacy."

"At its best, the movie is a vertiginous, head-slapping examination of the tangible, unpredictable consequences of making art."

"Jones uses Furie's story, and some gorgeous animation, as a wonderfully succinct window into the way social media has changed the country."

"Most of the lines it draws through online trainwreck culture and shifts in mainstream culture are clear, harrowing and appropriately cautionary."

"Not content to string together talking head interviews, the movie uses art and animation to find a cinematic equivalent for Pepe's evolution from a quirky cartoon animal into a weapon."

""Feels Good Man" offers an inside peek at the internet's growing ability to affect and shape modern society, which often makes the film a nightmare about extremism and technology."

"Things are likely to get (even) worse before they get better, but if you want to fight something, first you have to understand it. Feels Good Man does just that, and it's pretty darn entertaining, too."