FILMAGE: The Story of DESCENDENTS/ALL 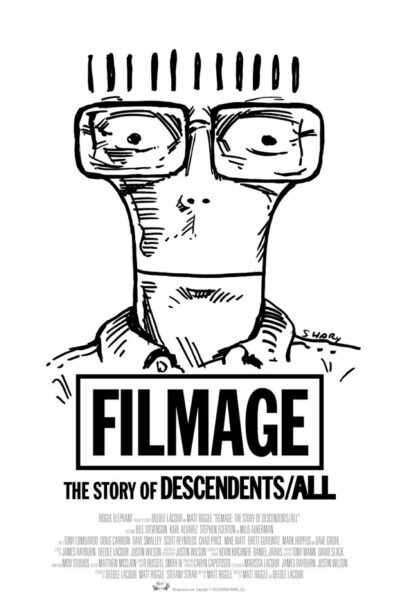 Buy tickets online [here](http://www.ticketfly.com/event/421911). Long before Green Day and Blink 182 inflicted punk-rock's puncture wound on the map of mainstream music, the Descendents were in a garage concocting the perfect mix of pop, angst, love, and coffee. FILMAGE: The Story of DESCENDENTS/ALL follows band leader/drummer/square-peg Bill Stevenson and his "caffeinated retardedness" as he pushes his rotating door of bandmates to "achieve ALL," his philosophy of going for greatness at all costs. Stevenson is a force to be reckoned with, proving that not even a grapefruit-sized brain tumor can keep him down. Interviews with the band, along with Dave Grohl (Foo Fighters), Mike Watt (Minutemen), Brett Gurewitz (Bad Religion) and many more reveal the story of a band--if not THE band--responsible for pop-punk as you know it. Showing at the Moxie one night only.