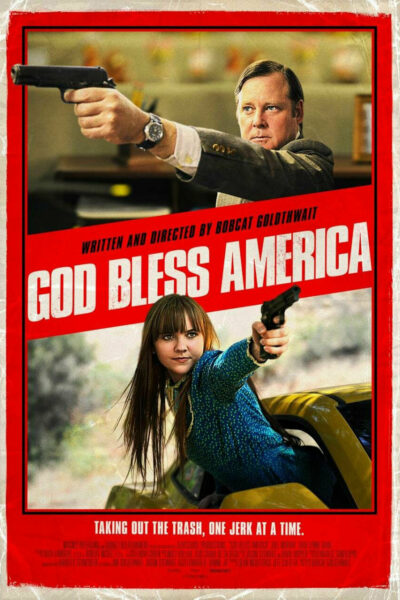 Summary: Frank has had enough of the downward spiral of American culture, which he sees as overrun with cruelty, stupidity and intolerance. Divorced, recently fired, and possibly terminally ill, Frank truly has nothing left to live for. But instead of taking his own life, he buys a gun and decides to take out his frustration on the cruelest, stupidest, most intolerant people he can imagine—starting with some particularly odious reality television stars. Frank finds an unusual accomplice in a high-school student named Roxy, who shares his sense of rage and disenfranchisement, and together they embark on a nation-wide assault on our country’s dumbest, most irritating celebrities. (Magnet Releasing)