The last female beehunter in Europe must save the bees and return the natural balance in Honeyland, when a family of nomadic beekeepers invade her land and threaten her livelihood. This film is an exploration of an observational Indigenous visual narrative that deeply impacts our behavior towards natural resources and the human condition.
(NR, 85 min.) 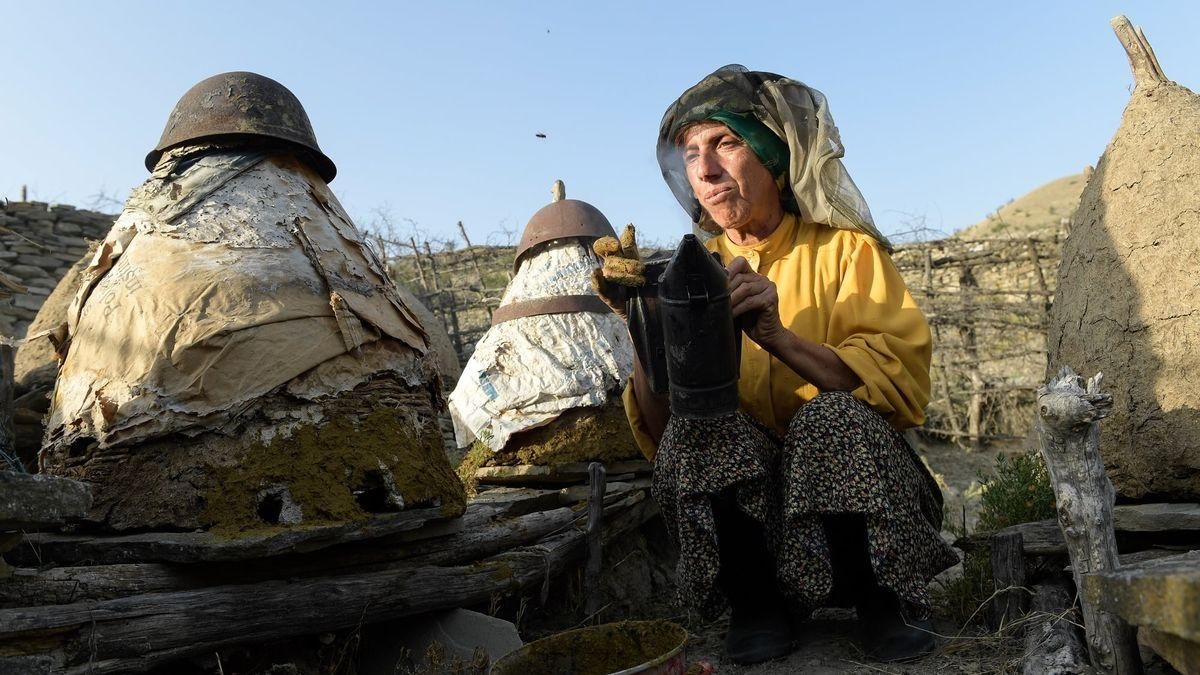 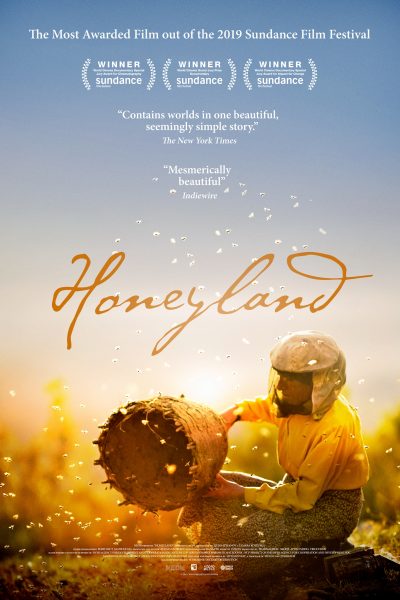 Hatidze lives with her ailing mother in the mountains of Macedonia, making a living cultivating honey using ancient beekeeping traditions. When an unruly family moves in next door, what at first seems like a balm for her solitude becomes a source of tension as they, too, want to practice beekeeping, while disregarding her advice. [Metacritic]

"Honeyland sneaks up on you in a quiet yet powerful way."

"It's the best kind of documentary -- an eye-opener and a mind-opener."

"An unforgettable vérité character study and an intimate look at an endangered tradition."

"Honeyland is both an immersive experience and an undeniably gorgeous reflection on our relationship to nature."

"The opening minutes of Honeyland are as astonishing — as sublime and strange and full of human and natural beauty — as anything I’ve ever seen in a movie."

"Honeyland is an elegiac and gloriously photogenic tragedy, an environmental parable played out in striking images and stark lessons in the high desert of northern Macedonia."

"While the characters and events are real, the artful design of this film and its allegorical resonances seem to put Honeyland in its own genre – that of a real-life fable."

"Far from a scolding, rub-your-nose-in-it depiction of environmental havoc, this is a tender story about the chaos of abandoning the common good."

"This lovely, heartrending movie leaves you marveling at her history and thinking anxiously for her future - and wondering, perhaps, why her example of basic decency has become so endangered."

"Nimbly and unassumingly, this relatively straightforward anthropological study blossoms into both a socioeconomic commentary on the dangers of globalization and a biblically resonant parable about our relationship with the environment."

"As the world continues to suffer ever-increasing mass die-offs of honeybee colonies, Ljubomir Stefanov and Tamara Kotevska’s film reminds us that there’s indeed a better way to interact with our planet—one rooted in patience, tradition, and a true respect for our surroundings."