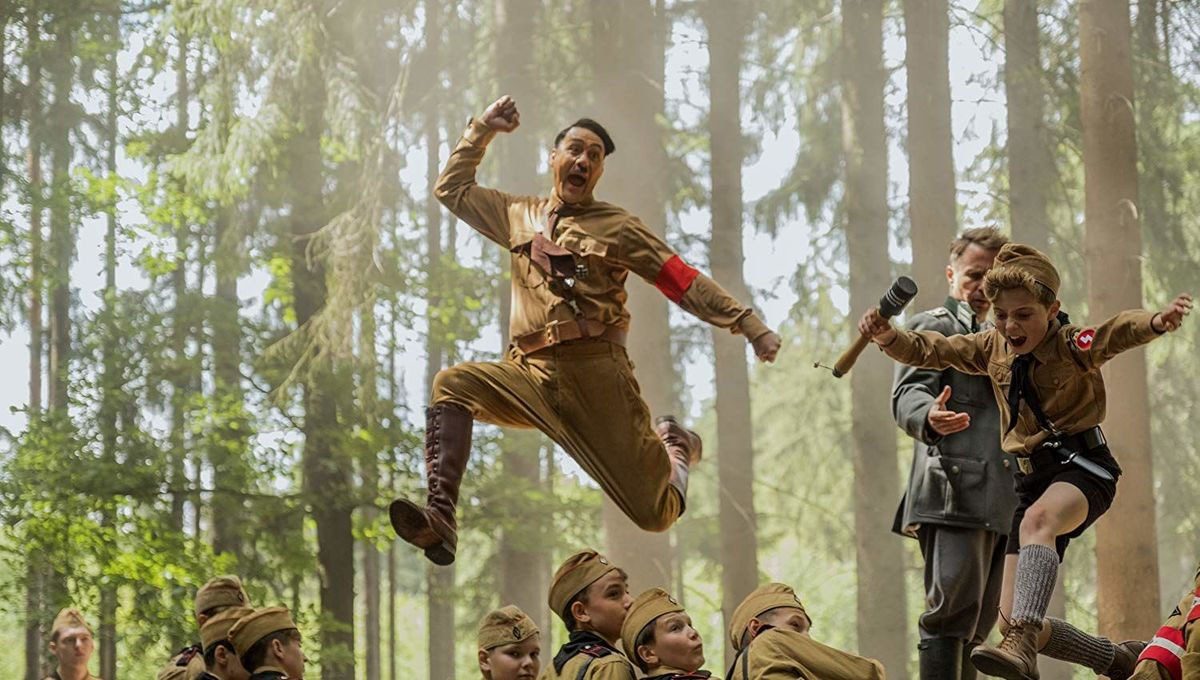 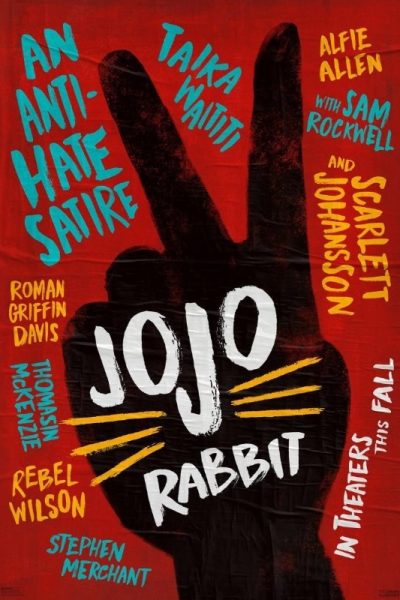 A lonely German boy's (Roman Griffin Davis as JoJo) world view is turned upside down when he discovers his single mother (Scarlett Johansson) is hiding a young Jewish girl (Thomasin McKenzie) in their attic. Aided only by his idiotic imaginary friend, Adolf Hitler (Taika Waititi), Jojo must confront his blind nationalism. [Metacritic]

"As both director and performer, Waititi is on top form."

"A twisted piece of grandly entertaining provocation. ... This is a dark satire that finds a way to make a case for understanding."

"Taika Waititi knocks it out of der park with the meaningful lunacy of his anti-hate satire, which is equal parts Mel Brooks, Wes Anderson and Waititi's own whimsical brilliance."

"Waititi isn't making light of Nazis; he's mocking them, denying them and their present-day analogues the dignity of taking them-as distinct from the very real threat they pose-seriously."

"Strikes just the right balance between comedy, tragedy, and drama, the result being a very funny WWII film that nevertheless carries an incredibly important message about the here and now."

"Waititi masterfully balances the film’s comedy with the seriousness of the subject. He plays with your emotions to heighten the impact of the story’s message. Nothing in this film feels gratuitous and the tonal shift in the film will hit you like a ton of bricks."

"Waititi infuses a level of humanity into WWII without blindly forgiving those responsible, nor hiding behind the guise of good guys in bad situations, or allowing even a 10-year-old boy to get away with hate without swift retribution and thorough self-examination."

"Jojo Rabbit succeeds even with a high degree of difficulty, given the sensitivities of the subject matter, the emotional undercurrent of a mother’s devotion to her son and the breaking down of artificial walls to let love in. As much as it makes you laugh, Waititi’s must-watch effort is a warm hug of a movie that just so happens to have a lot of important things to say."