The enchanted lives of a couple in a secluded forest are brutally shattered by a nightmarish hippie cult and their demon-biker henchmen, propelling a man into a spiraling, surreal rampage of vengeance.
(NR, 121 min.) 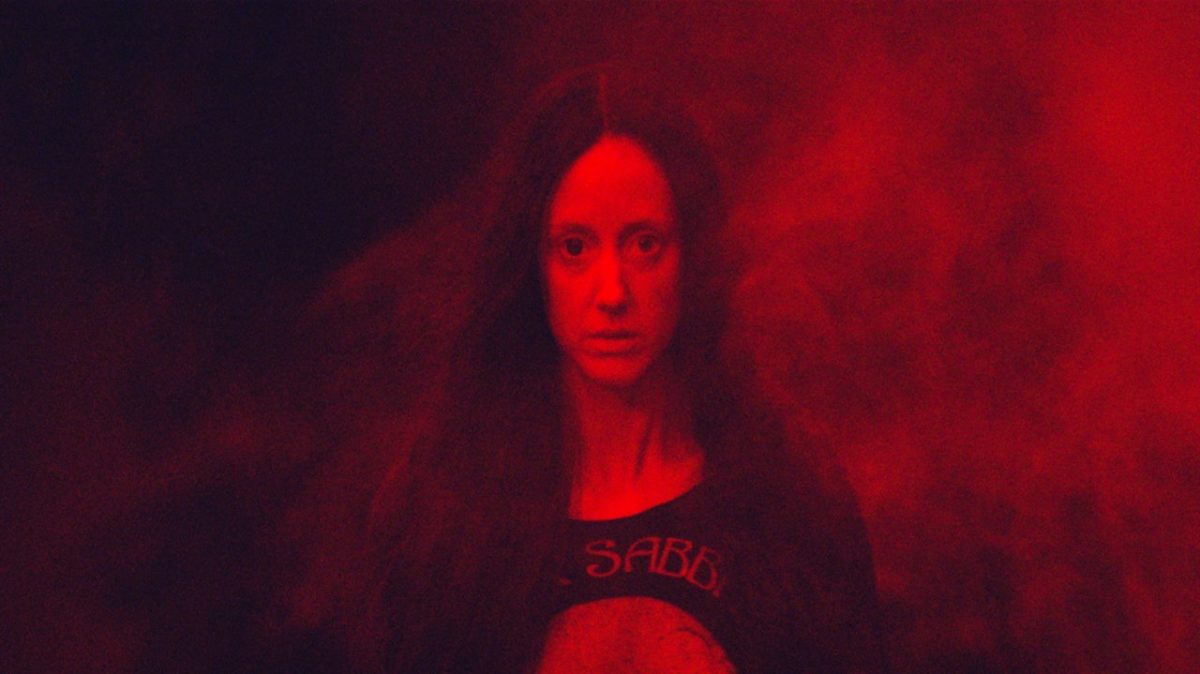 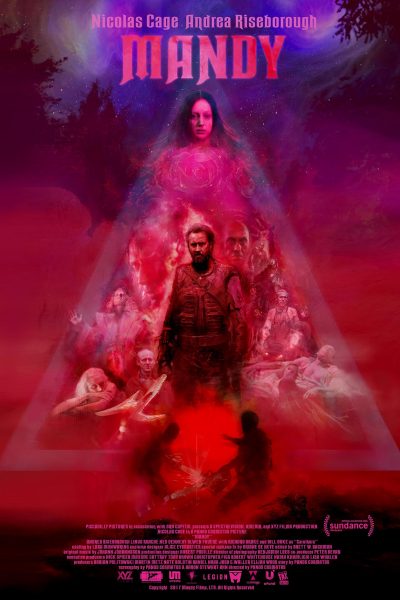 Pacific Northwest. 1983 AD. Outsiders Red Miller and Mandy Bloom lead a loving and peaceful existence. When their pine-scented haven is savagely destroyed by a cult led by the sadistic Jeremiah Sand, Red is catapulted into a phantasmagoric journey filled with bloody vengeance and laced with fire. [Metacritic]

"Mandy exists in its own supremely unnerving horror dimension."

"It's the kind of extreme moviegoing experience made for midnight-movie cult worship."

"Through Cage, the film’s straightforward revenge plot becomes a King Crimson album played at half speed and twice normal volume; a bizarre and bloody outing with a strong heart beneath the surface."

"Mandy is not just hideous, hilarious and thrilling – although, it’s all of those and then some – it’s also a meditation on personal grief which loses no poignancy for all its blood-soaked insanity and eye-melting psychedelia."

"Mandy, though, is flat-out orders of magnitude a more emotionally adept and shockingly powerful film in virtually every department, from the dazzlingly insane cinematography and lysergically–inclined production design to what I can only believe is Nicolas Cage’s single best performance to date."

"As was the case in Cosmatos’s first film, the comparatively sedate Beyond the Black Rainbow, each frame, every shot of Mandy reeks of shocking beauty, stylized at times to within an inch of its intelligibility, but endlessly pregnant with creativity and control, euphoria and pain, clarity and honesty and the ineffable sense that Cosmatos knows exactly how and what he wants to subconsciously imprint into the viewer."