An incisive and compassionate portrait of a marriage breaking up and a family staying together.
(R, 136 min.) 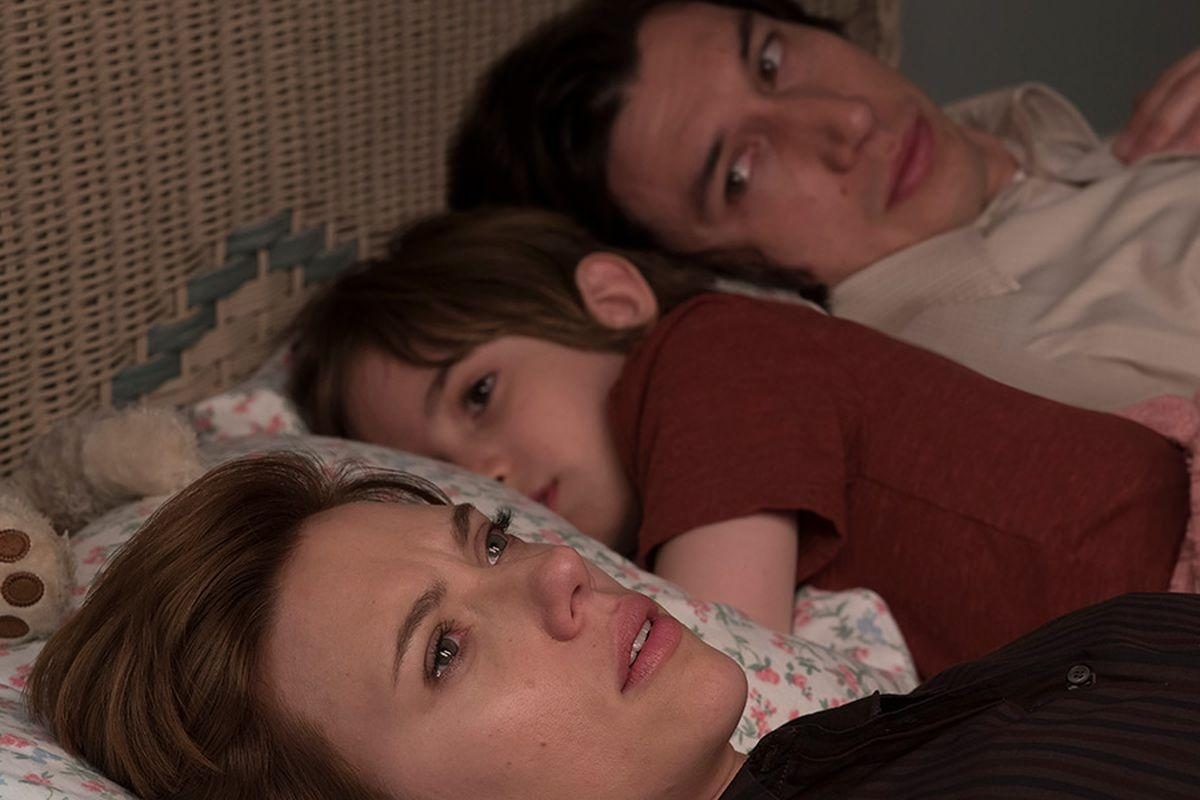 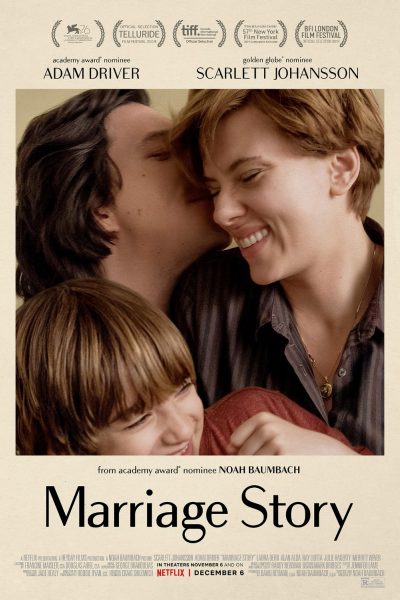 A stage director and his actor wife struggle through a grueling, coast-to-coast divorce that pushes them to their personal and creative extremes.

"The brilliance of the movie lies in how it starts from a familiar place, then sneaks into transcendence."

"This wonderfully sweet, sad and funny film simply delivers more moment-by-moment pleasure than anything else around."

"Maybe there's nothing terribly new in "Marriage Story." But it manages to make you forget that very fact, in surprising, affecting, singular and revelatory ways."

"Marriage Story manages to be one of this year’s best thrillers, comedies and romcoms all at once. A tender, taut gem of a film that will make you reconsider love and loss."

"Marriage Story is an emotionally lacerating experience, a nearly flawless elegy for a beautifully flawed couple, a broken-family classic to set beside Kramer vs. Kramer and Fanny and Alexander."

"How does a small tale of a broken marriage emerge as a major triumph and one of the very best movies of the year? When it's the best film yet from Baumbach with career highs from Driver and Johansson. It'll take a piece out of you."

"A highlight reel for everyone involved: career-defining work from Scarlett Johansson and Adam Driver, astounding supporting turns courtesy of Laura Dern and Alan Alda, and a masterclass from Baumbach."

"Noah Baumbach is the writer-director, and to watch such an incisive, deep-feeling script be given life by actors... at the top of their game is to rediscover movies as a powerful medium of personal expression."

"Johansson and Driver are remarkably, heartbreakingly good in every scene; showing their characters' journeys to an unflinching camera, letting the gap between them get wider yet unable, for their son's sake, to completely walk away."

"Marriage Story is such a perfect blend of writing, unflashy direction, spot on performances and score (by Randy Newman) that you hardly even notice all the individual ingredients making up the whole. Its triumph is that it just feels like life."

"At the heart of Marriage Story are two career-best performances from Driver and Johansson. There is sensitivity, wit and intelligence in abundance, and in one barnstorming scene the kind of raw emotional nudity that’s rarely captured on screen: it’s the painful core of the movie which the laughter might ease but can’t erase."