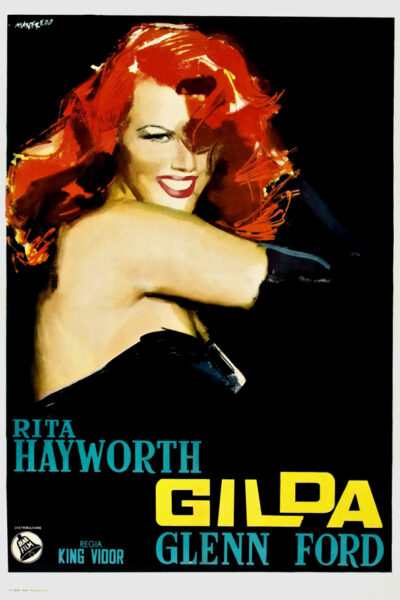 Member Picks showcases the movies that inspired the Moxie’s biggest supporters. Every month, one member picks a film that impacted their lives and we put it up on the big screen. **January’s pick was made by moxie member Taylor Stanton.** **What do you love about this particular film, and why do you want to share it with others?** _Something about the fast-talking, cynical, crime-filled stories of film noir pull me in every time. While Gilda is much more glamorous than many noir films, it's twisting plot line and femme fatale are worth every minute. In this film, the dazzling Rita Hayworth is a force to remember; she's absolutely mesmerizing on screen. I love watching the subtle expressions pass between Hayworth and her co-star, Glenn Ford, as their characters try to navigate the tense world of secrecy while stoking the fires of an old, but still burning, flame._ **What are the "three benefits" of coming to the Moxie?** _When I come to the Moxie, I know I am supporting a place that shows films our community would not otherwise have access to see in theaters. I used to be surprised that I never saw, or sometimes even heard of, certain Oscar winning movies. I realized it was because they just didn't play here in Springfield's mainstream theaters. The Moxie definitely fills that void by playing meaningful films that often speak to our current social and political climate. The Moxie is a small theater, and I think that gives it a sense of community you don't find at other theaters._ Summary: In this film noir, Rita Hayworth stars as the sexy wife of crippled casino owner George Macready. She is also the former love of gambler Glenn Ford, who takes a job in Macready's Buenos Aires casino. Macready goes out of his way to throw the two of them together.