An orphan, who lives with his two cruel aunts, befriends anthropomorphic bugs who live inside a giant peach, and they embark on a journey to New York City.
(PG, 80 min.) 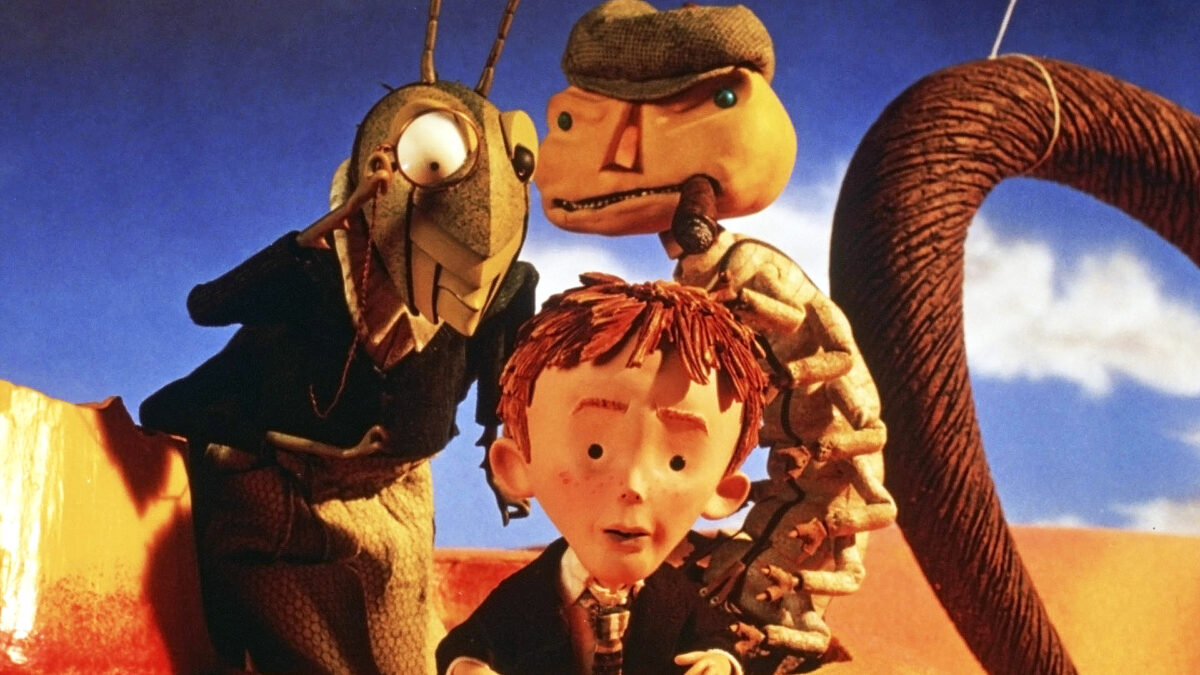 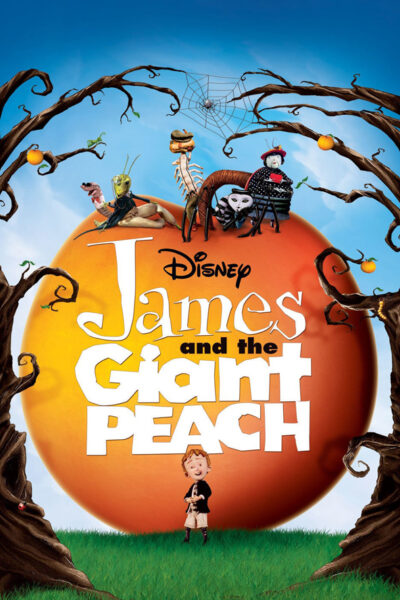 These FREE screenings are part of MOXIE FLIX, a monthly series focusing on essential films for kids to see before they turn 13.
Summary: A young boy's discovery of a gigantic peach triggers an eventful journey across the sea in this strikingly designed and surprisingly twisted animated adventure. A live-action framing device establishes the dark yet fanciful mood one might expect from an adaptation of a Roald Dahl story, as young British lad James (Paul Terry) is orphaned by the death of his parents and forced to live with two cruel, repulsive aunts (played by noted British character actors Miriam Margolyes and Joanna Lumley of British TV hit Absolutely Fabulous). The visit of a mysterious stranger provides a means of escape, however, through a magic bag of "crocodile tongues" that bring about the appearance of the giant peach. The curious James soon winds up inside the fruit, at which point his body changes, and the film switches to a combination of stop-motion and digital animation. The new James meets up with a group of talking, oversized insects, including a vampish spider (voiced by Susan Sarandon), a sarcastic centipede (voiced by Richard Dreyfuss), and a matronly ladybug (voiced by Jane Leeves). These creatures become his traveling companions when the peach rolls into the Atlantic Ocean, and James and his new friends must brave a variety of dangers to reach the shore. Director Henry Selick provides further proof of the visual skill he demonstrated in The Nightmare Before Christmas, creating a fascinating, often eerie alternate universe, while Randy Newman provides the upbeat musical accompaniment. Young children may be disturbed by the story's creepier overtones, but the mixture of remarkable visuals, oddball characters, and off-kilter fantasy will appeal to all other audiences.

A thorough, spoiler-filled Parent’s Guide can be found here.

"A stunner with a breathtaking array of eye-teasers."

"James and the Giant Peach shines with weird, whimsical invention."

"A snappy, fun adaptation that entertains young viewers without speaking down to them."

"James and the Giant Peach proves the best effects are even better with a strong story."

"Another superb stop-action animated film from the same team responsible for Tim Burton's The Nightmare Before Christmas."

"One of the brightest, giddiest and most outlandishly exciting of all the Disney Studio's recent major feature cartoons."

"Despite a lightness of plot, it most beautifully captures the book's free-floating, fantastic sense of adventure and wonder."

"James and the Giant Peach is frequently so alluring that viewers may feel the urge to get lost in the picture's curious shadings, intricate merriment and fantastical atmosphere."