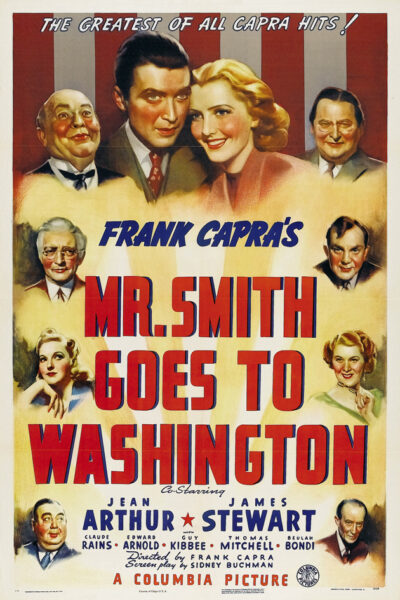 Dr. Dan Ponder, professor of political science, will lead a post show discussion of the film. **Great insights to great films courtesy of Drury’s Humanities faculty.** Synopsis: A naive man is appointed to fill a vacancy in the United States Senate. His plans promptly collide with political corruption, but he doesn't back down. Mr. Smith Goes to Washington (1939) is producer/director Frank Capra's classic comedy-drama, and considered by many to be his greatest achievement in film (and reminiscent of his earlier film, Mr. Deeds Goes To Town (1936)). [In fact, the film project by Columbia was first announced as Mr. Deeds Goes to Washington starring Gary Cooper, in a role similar to his previous Longfellow Deeds character. The wonderfully-acted, absorbing and human film was popular at the box-office and critically successful too. However, the film caused some controversy and pressure was brought to bear to hinder its release (two months after the outbreak of WWII in Europe), due to the fact that Capra's film was propagandistic, depicted political corruption, and appeared to paint an anti-democratic picture of the US government and its inner workings. But the film also called for faith in traditional American values of patriotism and faith in the people, and provided an educational lesson in how bills are passed through Congress. [Filmsite.org]