A widowed cleaning lady in 1950s London falls madly in love with a couture Dior dress, and decides that she must have one of her own.
(PG, 92 min.) 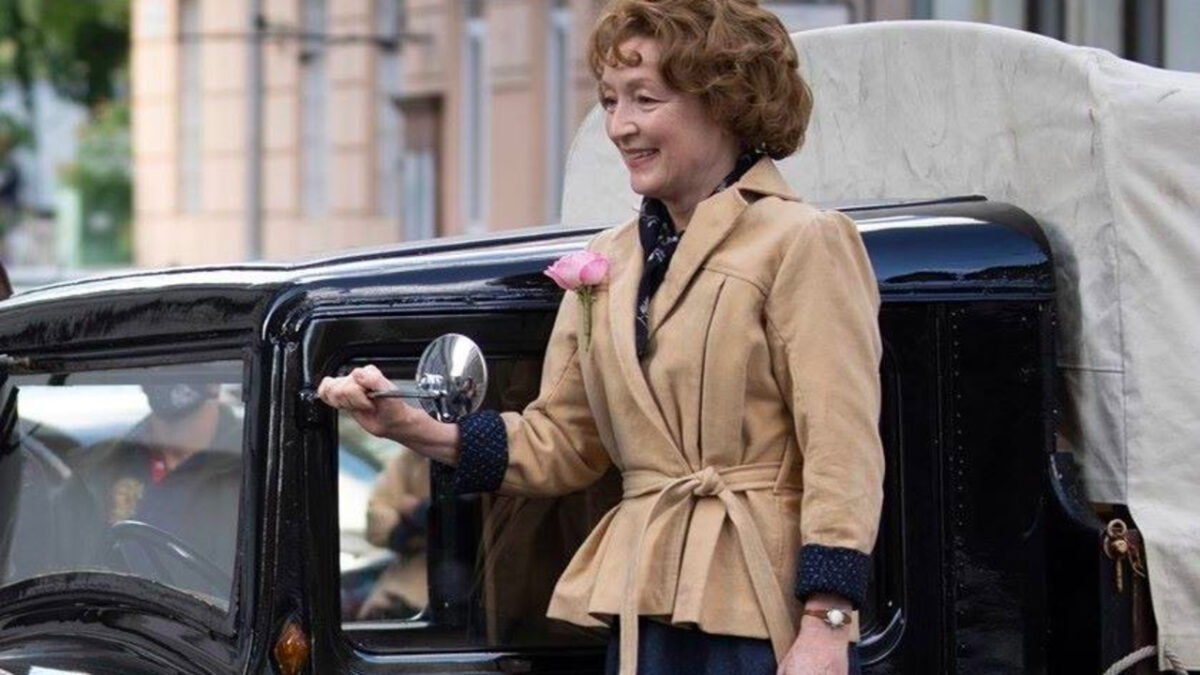 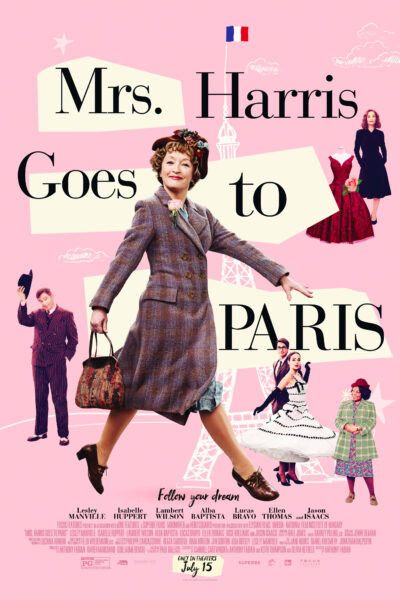 Mrs. Harris Goes to Paris is the enchanting tale of a seemingly ordinary British housekeeper whose dream to own a couture Christian Dior gown takes her on an extraordinary adventure to Paris. [Focus Features]

"Led by a great Lesley Manville, Mrs. Harris Goes to Paris is a delightfully wholesome film and the very definition of a 'feel good' story."

"If you’re anxious and world-weary and you want the next season of Emily in Paris to hurry up and arrive, this film may be just the ticket."

"In the tradition of Britain’s class comedies, what makes 'Mrs. Harris Goes To Paris' comes down to the difference between, say, your average fashion designer and someone like Dior."

"Lit from within by the sunny disposition of its main character, Mrs Harris Goes To Paris is a lovely, modest ode to kindness, anchored by Lesley Manville’s considered performance as a housekeeper who is tired of feeling invisible."

"It is an uncommon thrill to watch a charming film that comes by its charms organically. Mrs. Harris Goes to Paris knows that fluff is much more satisfying when it has depth, so you can truly sink into it and feel the overwhelming comfort."

"Not to gush or go too far overboard, but the warmth of a movie like “Mrs. Harris” is downright restorative in the viewing, two escapist hours that remind us that everyone is entitled to courtesy, a fair shake and a little beauty and luxury, and most of all, the hope that life can get better."

"Though it has a few things to say about class — and how even the most downtrodden are entitled to hopes, dreams, passions, and solidarity — Mrs. Harris Goes to Paris never devolves into a preachy treatise. Instead, it’s a soothing tonic, a nice little escape from the troubles of the world."