Living alone in the Oregon wilderness, a truffle hunter returns to Portland to find the person who stole his beloved pig.
(R, 92 min.) 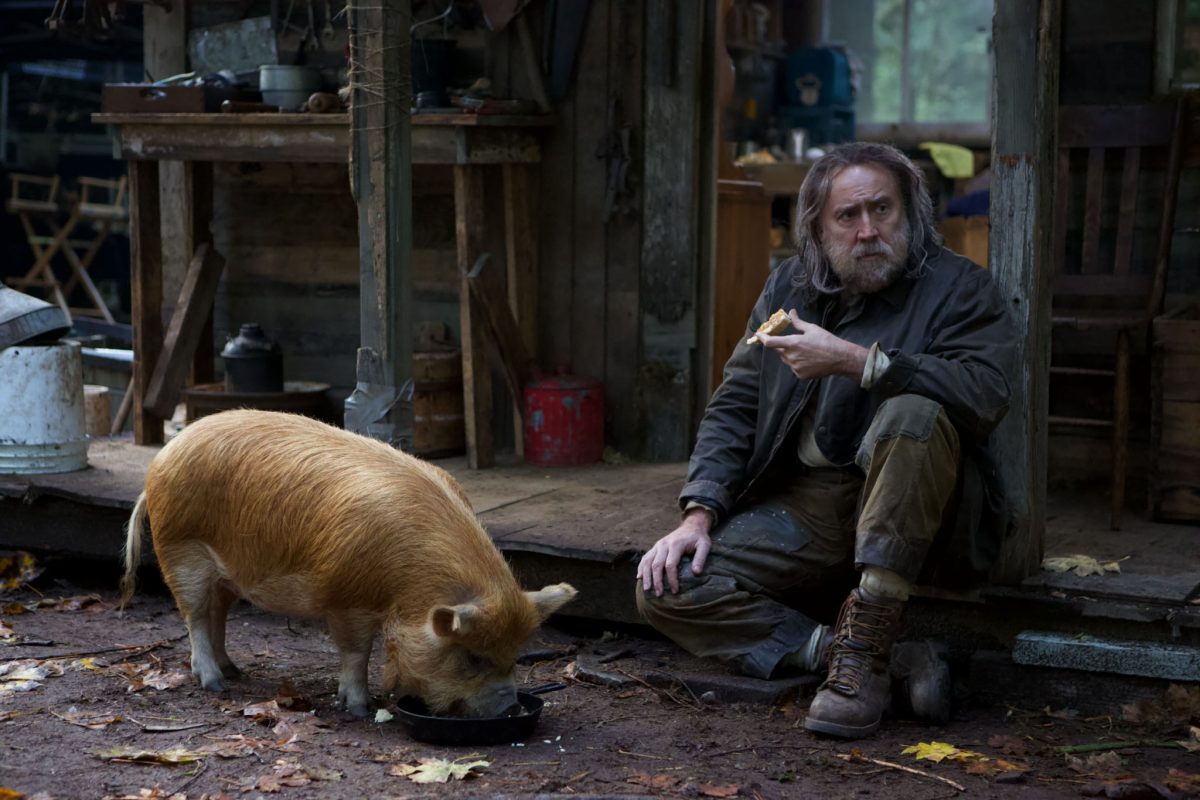 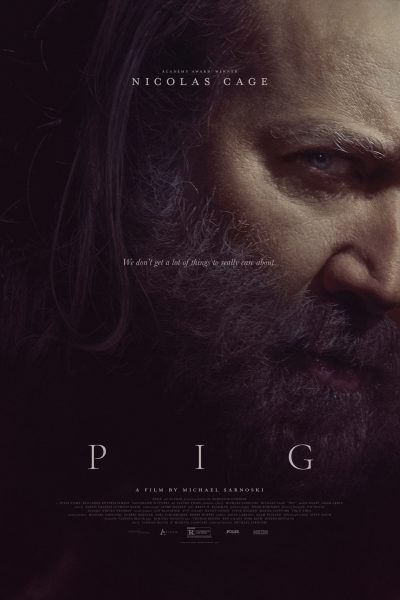 A truffle hunter who lives alone in the Oregonian wilderness must return to his past in Portland in search of his beloved foraging pig after she is kidnapped. [Neon]

"As a descent into the apparently high-stakes world of truffle-pig-poaching, "Pig" is unexpectedly touching; as a showcase for Cage's brilliance, it's a revelation."

"Pig is not only a mesmerizing while meditative drama about love and loss. It is also a powerful reminder that Cage is one of the most talented, most captivating movie stars of our time."

"Sarnoski’s debut is a scintillating tone poem about the inextricable links between love, creativity, and commerce, and what happens when the latter encroaches too much upon the former."

"Playing oddly against expectations, there's no Cage Rage, no showy violence or operatic monologues, just a simple, moving story of a broken man who lost his pig but, perhaps, has found his way."

"Pig is not the movie you think it is. It’s something far more beautiful, and far more painful. It is an existential meditation on the search for something. Anything. A kind of cosmic loneliness envelopes this film. It’s extraordinary."

"It’s a rustic, poetic, occasionally funny, sometimes heartbreaking and wonderfully strange and memorable character study of a man who is in such tremendous pain he had to retreat from the world. The unpredictable Cage delivers some of his best work in years."

"At a time when so many people are struggling to find something of value in their lives, when people are fleeing jobs, cities, futures they thought they wanted, Cage has crafted a quiet soliloquy about grasping on to something that has meaning. In some ways, this is one of his most emotionally brutal films."