Aida is a translator for the UN in the small town of Srebrenica. When the Serbian army takes over the town, her family is among the thousands of citizens looking for shelter in the UN camp.
(NR, 104 min.) 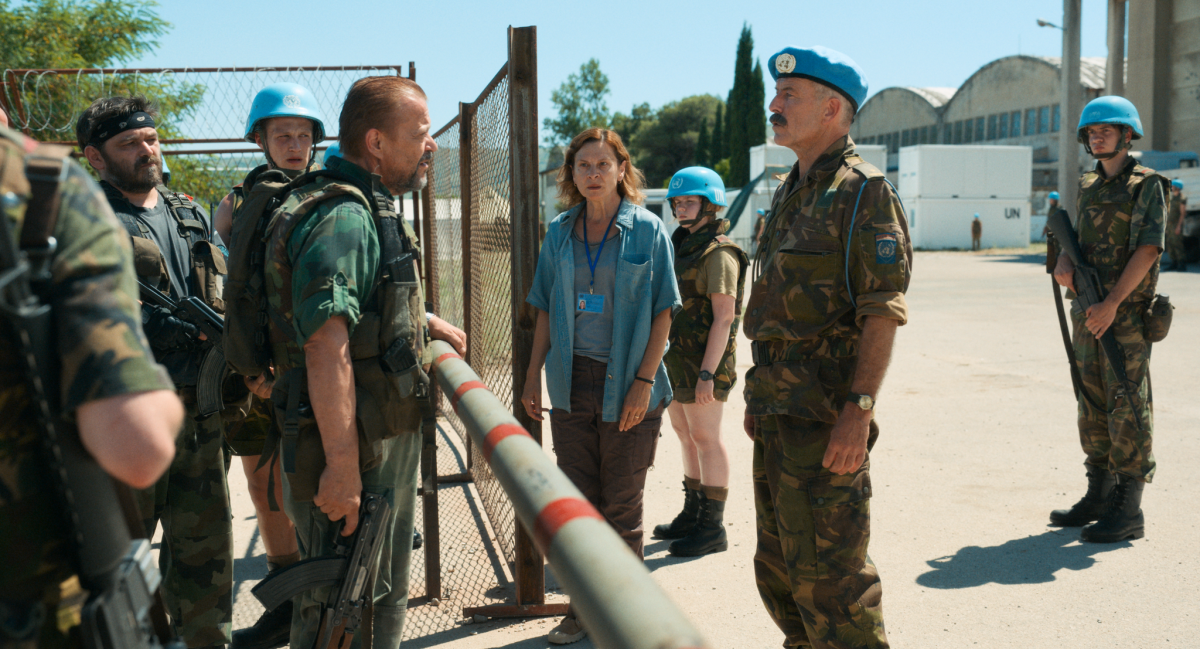 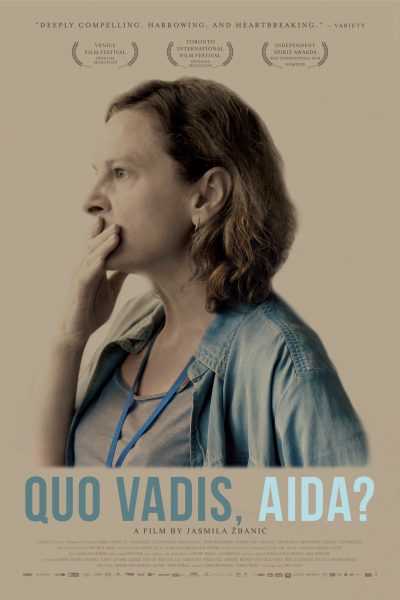 Bosnia, July 1995. Aida is a translator for the UN in the small town of Srebrenica. When the Serbian army takes over the town, her family is among the thousands of citizens looking for shelter in the UN camp. As an insider to the negotiations, Aida has access to crucial information that she needs to interpret. What is on the horizon for her family and people - rescue or death? Which move should she take? [Neon]

"Quo Vadis, Aida? has the narrative beats and the intensity of a classic thriller: a cornered protagonist, an implacable villain, a breathless pace, hair’s-breadth escapes."

"This study in chaos and calculation not only makes for harrowingly compelling viewing, but it also exposes the apathy of an international community that simply turned the other way."

"Jasmila Zbanic’s Quo Vadis, Aida? is a razor-sharp incrimination of failed foreign policies from around the world embedded in a deeply humanist and moving character study of the kind of person that these policies leave behind."

"This is not historical revisionism, if anything, Quo Vadis, Aida? works to un-revise history, re-centering the victims’ plight as the eye of a storm of evils — not only the massacre itself, but the broader evils of institutional failure and international indifference."

"As a fictionalised account of what was once described as the worst European genocide in the post-war period, Quo Vadis, Aida? is wrenching and vital in its bitter grief. As a study of political and diplomatic inertia in the face of contemporary global human tragedies, it could not be more urgent."

"The rigorous honesty of Quo Vadis, Aida? is harrowing, partly because it subverts many of the expectations that quietly attach themselves to movies about historical trauma. We often watch them not to be confronted with the cruelty of history, but to be comforted with redemptive tales of resistance, resilience and heroism."