A wheelchair-bound photographer spies on his neighbors from his apartment window and becomes convinced one of them has committed murder.
(PG, 112 min.) 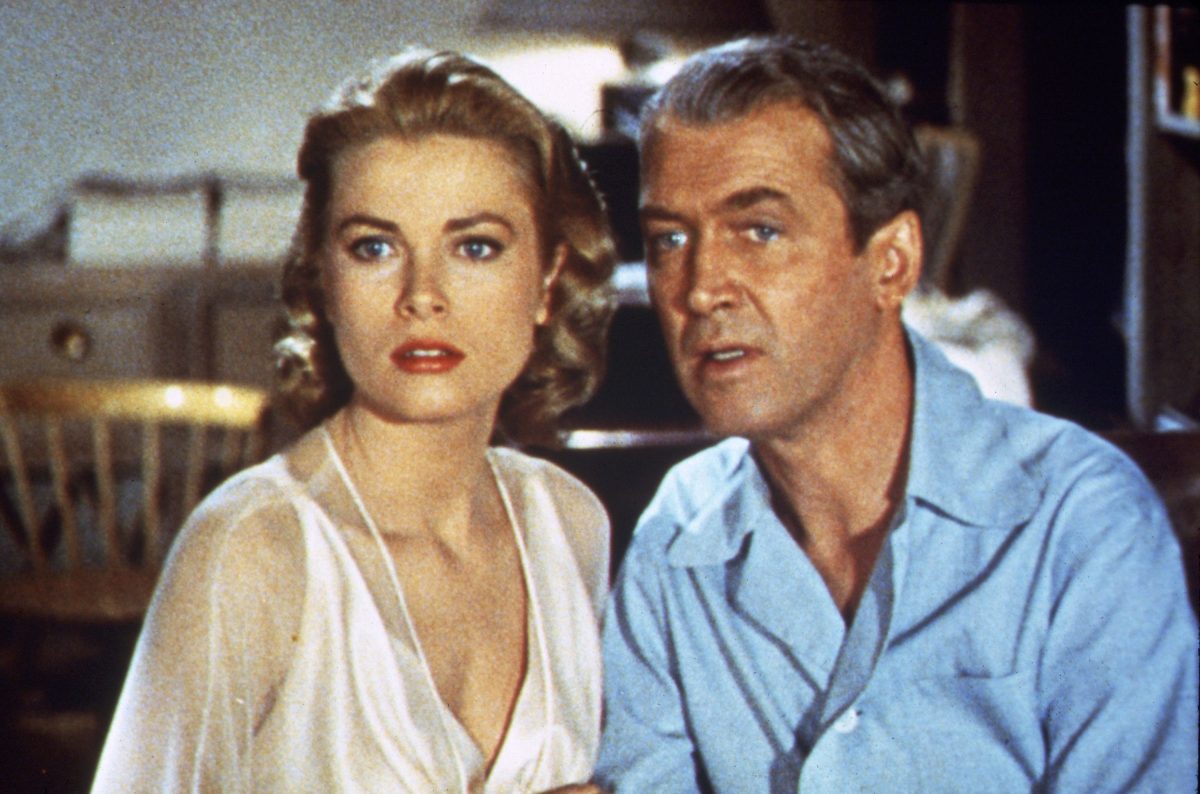 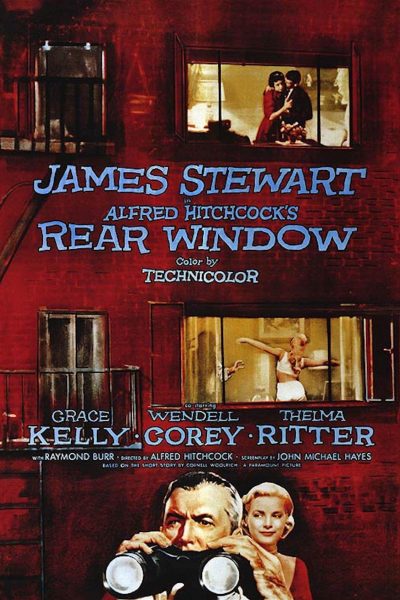 Laid up with a broken leg, photojournalist L.B. Jeffries (James Stewart) is confined to his tiny, sweltering courtyard apartment. To pass the time between visits from his nurse (Thelma Ritter) and his fashion model girlfriend Lisa (Grace Kelly), the binocular-wielding Jeffries stares through the rear window of his apartment at the goings-on in the other apartments around his courtyard. As he watches his neighbors, he assigns them such roles and character names as "Miss Torso" (Georgine Darcy), a professional dancer with a healthy social life or "Miss Lonelyhearts" (Judith Evelyn), a middle-aged woman who entertains nonexistent gentlemen callers. Of particular interest is seemingly mild-mannered travelling salesman Lars Thorwald (Raymond Burr), who is saddled with a nagging, invalid wife. One afternoon, Thorwald pulls down his window shade, and his wife's incessant bray comes to a sudden halt. Out of boredom, Jeffries casually concocts a scenario in which Thorwald has murdered his wife and disposed of the body in gruesome fashion. Trouble is, Jeffries' musings just might happen to be the truth. One of Alfred Hitchcock's very best efforts, Rear Window is a crackling suspense film that also ranks with Michael Powell's Peeping Tom (1960) as one of the movies' most trenchant dissections of voyeurism. As in most Hitchcock films, the protagonist is a seemingly ordinary man who gets himself in trouble for his secret desires. [Rovi]

"One of the finest ever committed to celluloid!"

"Rear Window is the epitome of Hollywood class."

"Its appeal, which goes beyond that of other, equally masterly Hitchcock works, remains undiminished."

"The clearest example of a Hitchcock movie that functions on dual levels: It's both mousetrap and abyss."

"Don't resist the urge -- steal a peek at it now, and be reminded why Hitchcock is still without equal in the clammy thrills department."

"The deliciousness of watching the film as it's intended to be seen is that the big screen gives Rear Window back its claustrophobia."

"It's one of Alfred Hitchcock's inspired audience-participation films: watching it, you feel titillated, horrified, and, ultimately, purged."

"In an impressive oeuvre, Rear Window is arguably the most exquisitely handcrafted feature, because Hitchcock mastered the spatial as well as behavioral coordinates of his chosen universe inch by inch."