A young Brooklyn couple heads to an upstate cabin to unplug from their phones and reconnect with each other. Blissfully unaware of their surroundings, they are left to their own devices as the planet falls under attack.
(R, 93 min.) 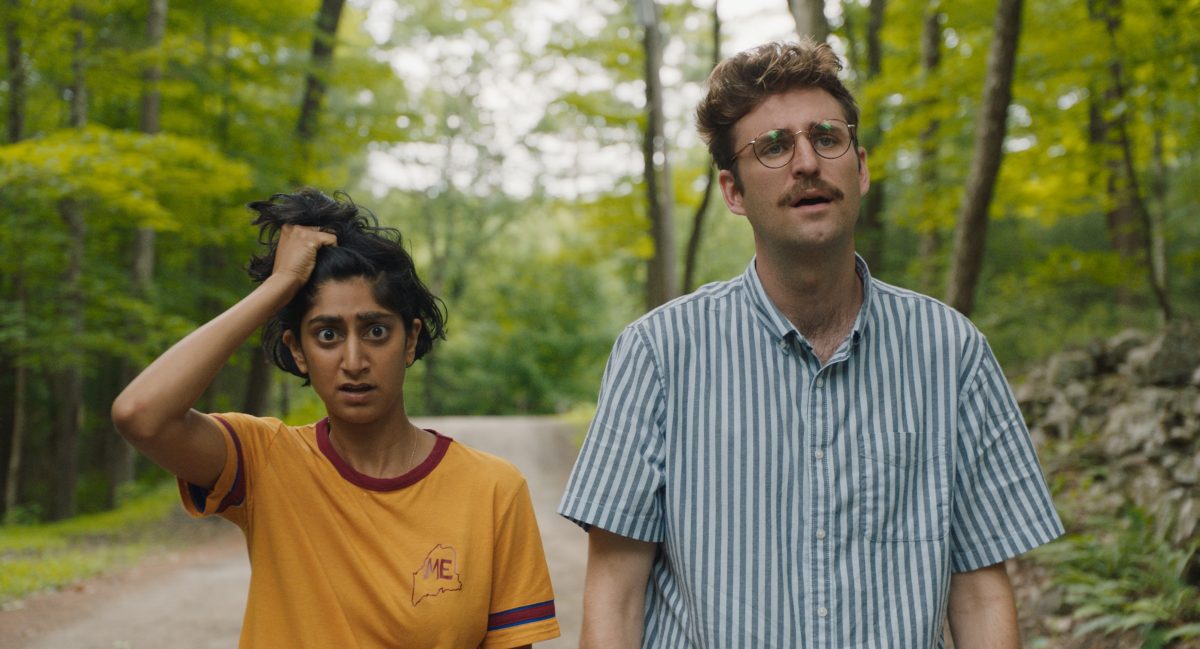 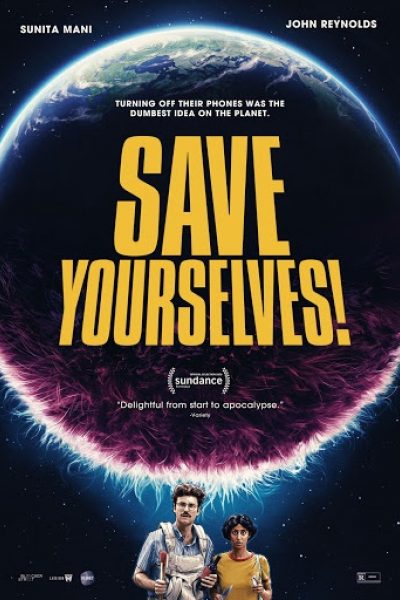 Jack (John Reynolds) and Su (Sunita Mani) are a hip Brooklyn couple who, like many of their friends, find themselves dependent on technology and unable to put down their phones. Fearing their mindless scrolling may impact their connection with each other, they seize the chance to head to an isolated cabin in the woods, vowing to unplug from the outside world for a week. Sheltered from texts and push notifications, they are blissfully unaware that the planet is under attack. As strange events unfold, the couple must figure out a way back to civilization—or what’s left of it. [Metacritic]

"[...] the survival comedy is delightful from start to apocalypse."

"Even the smaller touches in Save Yourselves! ring true...a wry social commentary.."

"The quirky Save Yourselves! is not necessarily a genre reinventor but a good example of how much fun you can have on a non-studio budget."

"Save Yourselves! was completed well before the pandemic hit—it played at Sundance in January — but it’s one of those works that has magically landed at the right time. It takes itself just seriously enough, but not too seriously."

"Do not be fooled by the sci-fi trimmings of this film. Despite its light and amiable manner, it’s a sort of “Deliverance” for the digital age, deriding the ability of tame souls, at a supposedly advanced stage of civilization, to cope with the unknown."

"Just as their search for authenticity is about to turn into a Reddit relationships post, a bunch of murderous pouffefball aliens descend on Earth and Jack and Su unexpectedly find the meaning and connection they seek in their own fight for survival."