Staff Picks: The Discreet Charm of the Bourgeoisie (1972)

A surreal, virtually plotless series of dreams centered around six middle-class people and their consistently interrupted attempts to have a meal together.
(PG, 101 min.) 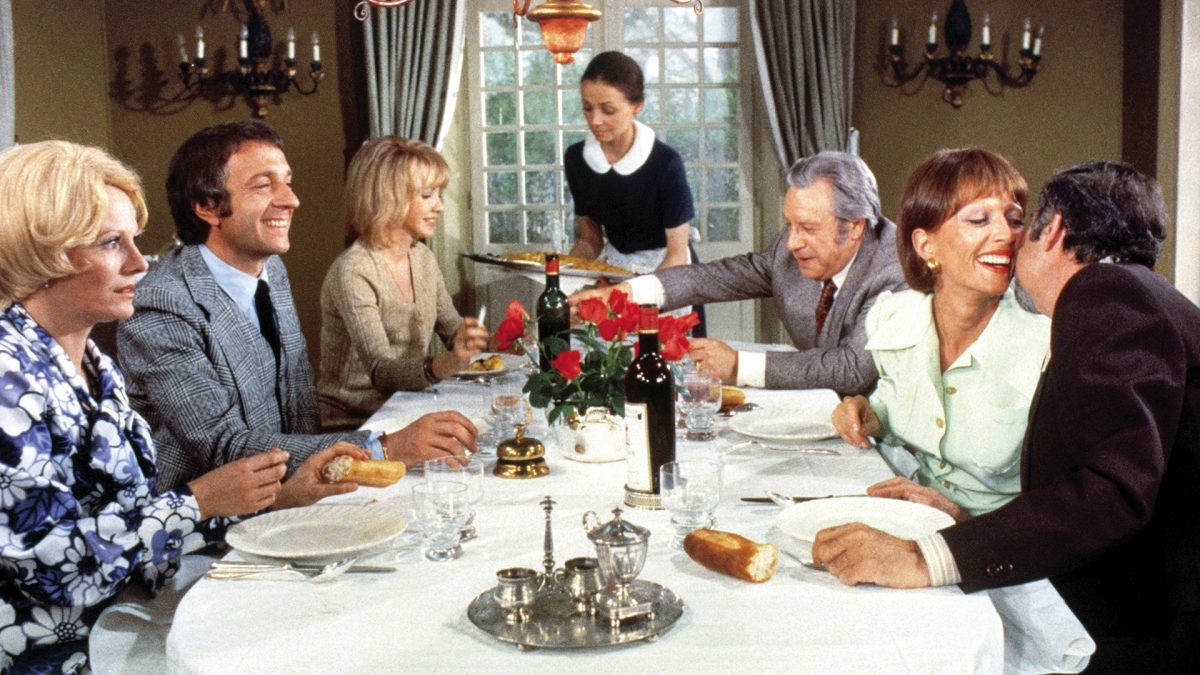 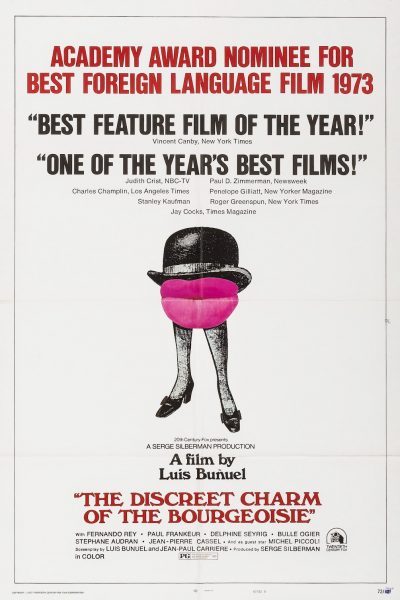 Staff Picks Series
Every month a member of the Moxie staff picks a film that impacted their lives and we put it up on the big screen.
September's pick was made by Avalon Johnson.

Summary: Luis Buñuel's 1972 film depicting a complex web of dreams within dreams within dreams, centered around a group of six upper-middle class members of society and their repeatedly thwarted attempts to have a meal together. The interruptions become more and more surreal as the film progresses. [Metacritic]

"An exotic and brilliant hothouse flower of a film."

"Manages to be totally surreal yet totally approachable. Quite amazing."

"Luis Buuel's 1972 comic masterpiece, about three well-to-do couples who try and fail to have a meal together, is perhaps the most perfectly achieved and executed of all his late French films."

"December 4, 2008 Luis Bunuel adds another fine film to his solid record with this surrealistically oriented tale of so-called bourgeois types."

"It combines a masterful command of the medium with a mischievous, anarchic sense of imaginative freedom."