Cynthia and Mary show up to collect Cynthia's inheritance from her deceased grandfather, but the only item she receives is an antique sword that was believed by her grandfather to be proof that the South won the Civil War.
(R; 88 min.) 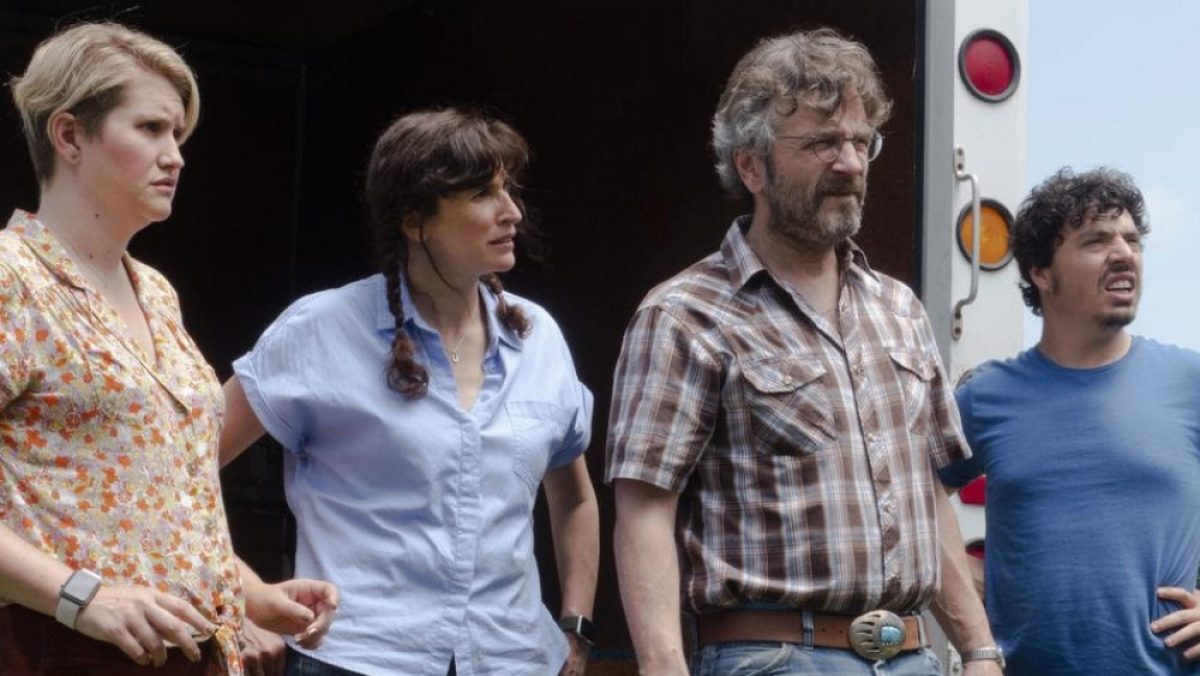 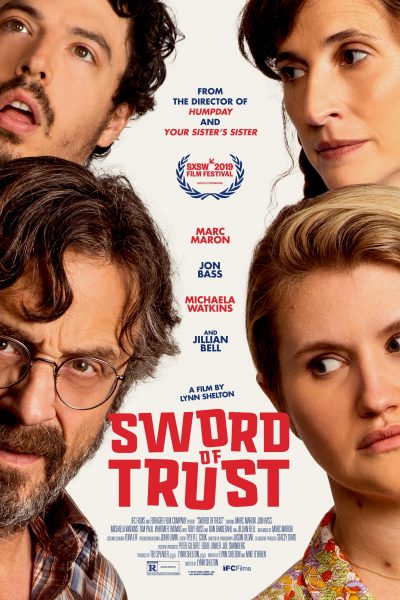 Mel (Marc Maron) is a cantankerous pawnshop owner in Alabama who spends most of his time swindling customers while trying and failing to get his man-child employee Nathaniel (Jon Bass) to do any work. When Cynthia (Jillian Bell) and her wife Mary (Michaela Watkins) try to hawk a Civil War-era sword inherited from Cynthia’s recently deceased grandfather, he tries to get the better of them. The sword, however, comes with a convoluted report from Cynthia’s grandfather claiming the relic to be proof the South actually won the war. It isn’t long before the coveted “prover item” draws the attention of overzealous conspiracy theorists and the two duos have to join forces in order to sell the sword to the highest bidder. The journey that ensues takes the ragtag bunch on a tour through the deep South and the minds of the local fanatics who inhabit it. [IFC Films]

"A smart, politically barbed comedy about truthiness and consequences."

"Sword of Trust proves an enjoyable curio of eccentrics getting themselves in way over their heads."

"[Lynn] Shelton weaves multiple coils of rage into a tense and volatile mechanism that... yields bold and surprising implications for politics at large and for modes of resistance."

"Even when Maron is playing someone who is the saddest and most cynical person in the room (and maybe the whole town), he is a brilliant reactor who delivers pithy comebacks and wry observations with pitch-perfect timing."

"Sword Of Trust is one of the most well-written and acted comedies I’ve seen in quite some time and definitely the best I’ve seen so far this year. It has a high absurdity factor but simultaneously the set, costume, and production design is so life-like, you willing go along for this truly weird adventure that really only could happen in the south."

"It’s a pleasure to see Shelton in her element again, guiding actors to places that feel unexpected yet authentic. Maron is an ideal match for her sensibility, and they make terrific scene partners, too. May this be the start of something special."

"Sword of Trust has a dogged weirdness all its own, a singularity that extends to Maron having written the excellently jangly score. When was the last time you saw — or heard — a movie where the star composed the music? It’s just part of the its-own-world quality of Sword of Trust."

"The main pleasure of Sword of Trust is in watching an ensemble of expert comic actors play off of each other. The movie was improvised, based on a tightly constructed story, and every scene has some comic jewel in it, some unexpected touch or moment."