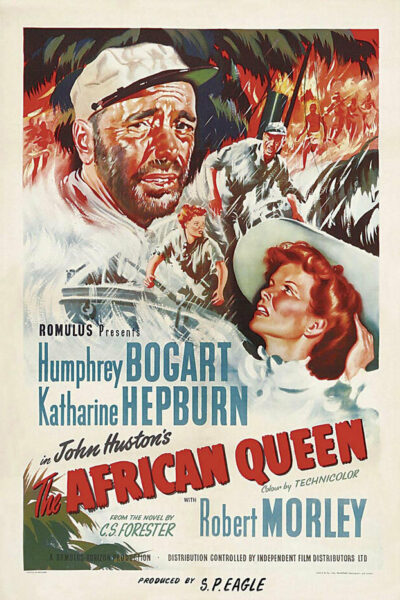 This new quarterly series showcases the “essential” films everyone should see on the big screen. For each month-long program, we’ll screen five films organized by one of the following themes: directors, actors, genres, and eras/movements. Essential tickets are $9 for Adults, $8 for Students/Seniors and Members get in Free! A true iconoclast known for her intelligence, determination and fierce demeanor Katharine Hepburn demonstrated remarkable staying power in a screen career that spanned more than six decades, winning three of her four Best Actress Oscars after the age of 60. Film Summary: A grizzled skipper and a spirited missionary take on the Germans in Africa during World War I. [TCM.com] The African Queen (1951) is the uncomplicated tale of two companions with mismatched, "opposites attract" personalities who develop an implausible love affair as they travel together downriver in Africa around the start of World War I. This quixotic film by director John Huston, based on the 1935 novel of the same name by C. S. Forester, is one of the classics of Hollywood adventure filmmaking, with comedy and romance besides. It was the first color film for the two leads and for director Huston. [Filmsite.org]