The Art of Self-Defense

A man is attacked at random on the street. He enlists at a local dojo, led by a charismatic and mysterious sensei, in an effort to learn how to defend himself.
(R, 104 min.) 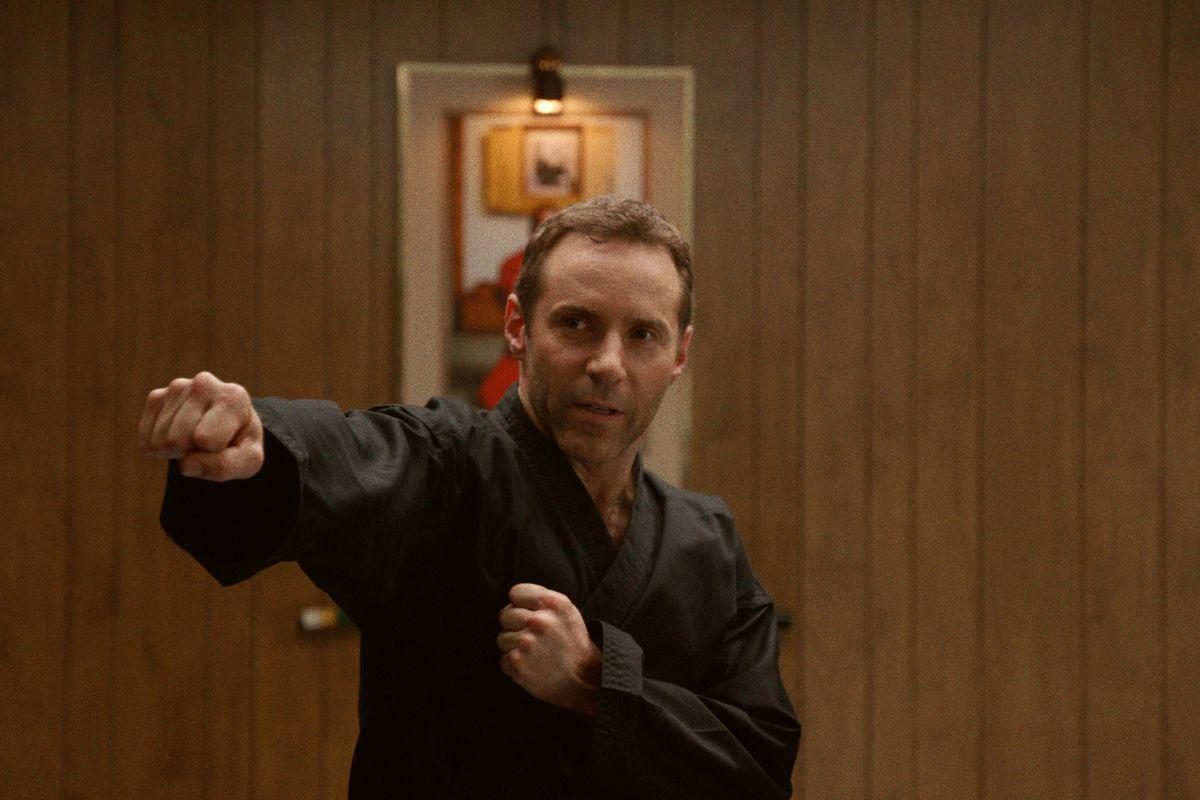 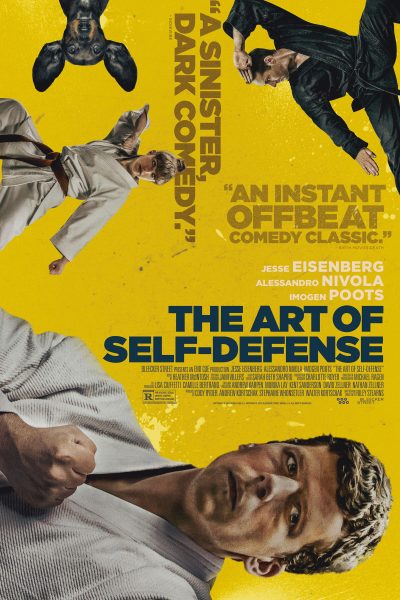 After he’s attacked on the street at night by a roving motorcycle gang, timid bookkeeper Casey (Jesse Eisenberg) joins a neighborhood karate studio to learn how to protect himself. Under the watchful eye of a charismatic instructor, Sensei (Alessandro Nivola), and hardcore brown belt Anna (Imogen Poots), Casey gains a newfound sense of confidence for the first time in his life. But when he attends Sensei’s mysterious night classes, he discovers a sinister world of fraternity, brutality and hyper-masculinity, presenting a journey that places him squarely in the sights of his enigmatic new mentor.

"It’s a surprising film in many ways. Both for its thoughtfulness and the way the plot unfurls into thriller territory as Casey falls deeper under Sensei's spell."

"The film as a whole feels audacious and original, a case study of violence begetting more of the same, and Mr. Eisenberg is ideally cast as the soul of fearfulness, as well as the embodiment of mixed motives that include courage, lust for power and revenge."

"This singular black comedy balances off-kilter humor with an unexpectedly thriller-esque undercurrent, to the extent that audiences will find it tough to anticipate either the jokes or the dark, “Fight Club”-like turn things eventually take — all to strikingly original effect."

"One of the most original films of the year so far, The Art of Self-Defense is a searing critique of male violence, and the notion of power at large, told through a traditional kung fu flick set in present day America. Dryly funny, the film also carries a wisdom that makes Riley Stearns a talent to watch."

"Writer-director Riley Stearns is a dark-comedy talent to watch."

"'The Art of Self-Defense' turns into an often brutal takedown of both toxic masculinity and the willingness of humans of both genders to give up their individuality in service of some greater authority in which they find identity and fellowship."

"The Art Of Self Defense is set in a very peculiar world populated by eccentric characters. While that might turn some off, due to the vision of director Riley Stearns and his incredible production team, as well as a top-notch cast, the movie is as hilarious as it is unpredictable. It emerges as a strong early contender for best film of the year."