A wealthy San Francisco socialite pursues a potential boyfriend to a small Northern California town that slowly takes a turn for the bizarre when birds of all kinds suddenly begin to attack people.
(PG, 119 min.) 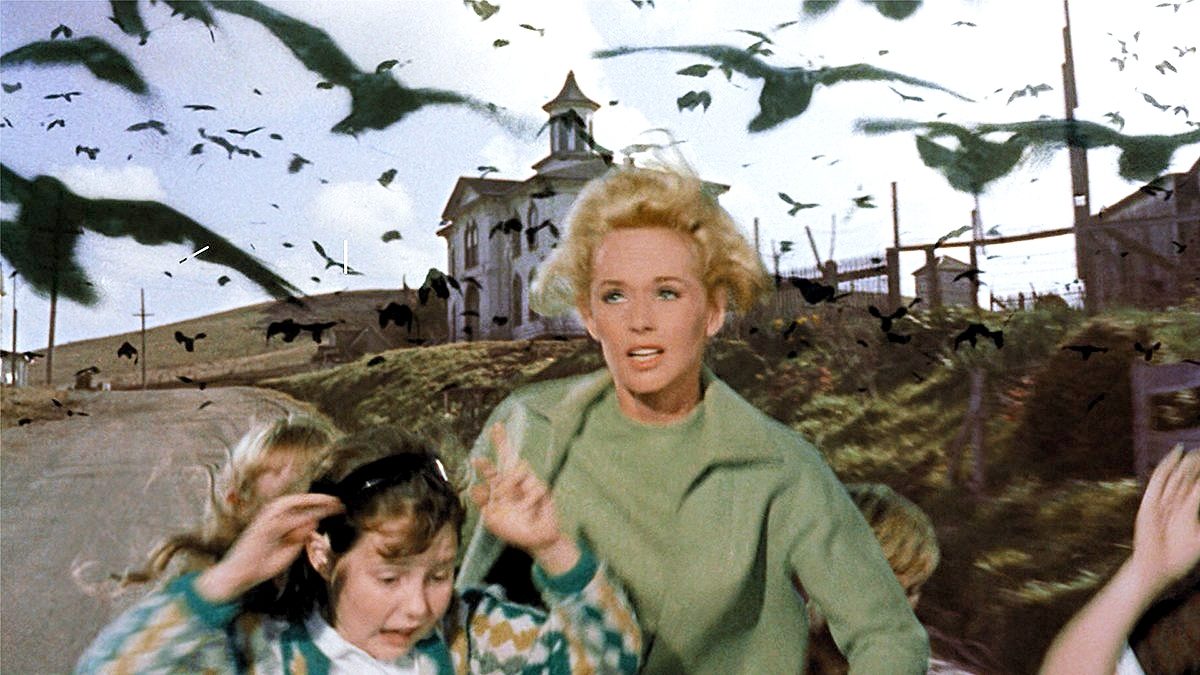 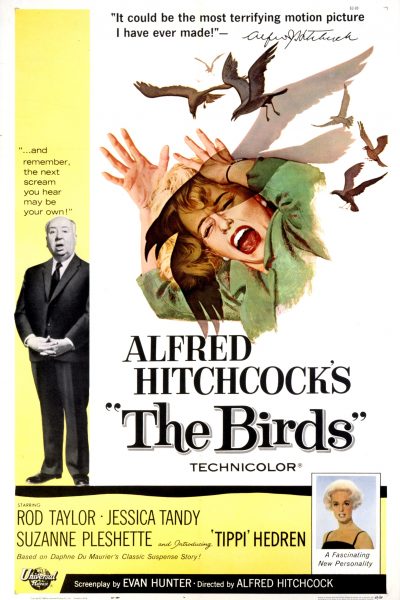 The story begins as an innocuous romantic triangle involving wealthy, spoiled Melanie Daniels (Tippi Hedren), handsome Mitch Brenner (Rod Taylor), and schoolteacher Annie Hayworth (Suzanne Pleshette). The human story begins in a San Francisco pet shop and culminates at the home of Mitch's mother (Jessica Tandy) at Bodega Bay, where the characters' sense of security is slowly eroded by the curious behavior of the birds in the area. At first, it's no more than a sea gull swooping down and pecking at Melanie's head. Things take a truly ugly turn when hundreds of birds converge on a children's party. There is never an explanation as to why the birds have run amok, but once the onslaught begins, there's virtually no letup. [Rovi]

"Genuinely disturbing thriller classic from the master of suspense."

"Few films depict so eerily yet so meticulously the metaphysical and historical sense of a world out of joint."

"The essential Hitchcock movie, the purest and most confident, a brilliant distillation of the themes that had fueled him ever since he sent the lodger creeping to his upstairs room."

"Hitchcock prolongs his prelude to horror for more than half the film, playing with audience suspense with comedy and romance while he sets his stage. The horror when it comes is a hair-raiser."

"The true genius of the film, based on a 1952 short story by Daphne du Maurier, is the way Hitchcock makes the malevolent birds seem like manifestations of his characters' mental unease."

"Jaws before the world was ready, Hitch’s much misappreciated follow-up to Psycho is arguably the greatest of all disaster films—a triumph of special effects, as well as the fountainhead of what has become known as gross-out horror."