The Essentials: Lost in Translation (2003)

A faded movie star and a neglected young woman form an unlikely bond after crossing paths in Tokyo.
(R, 102 min.) 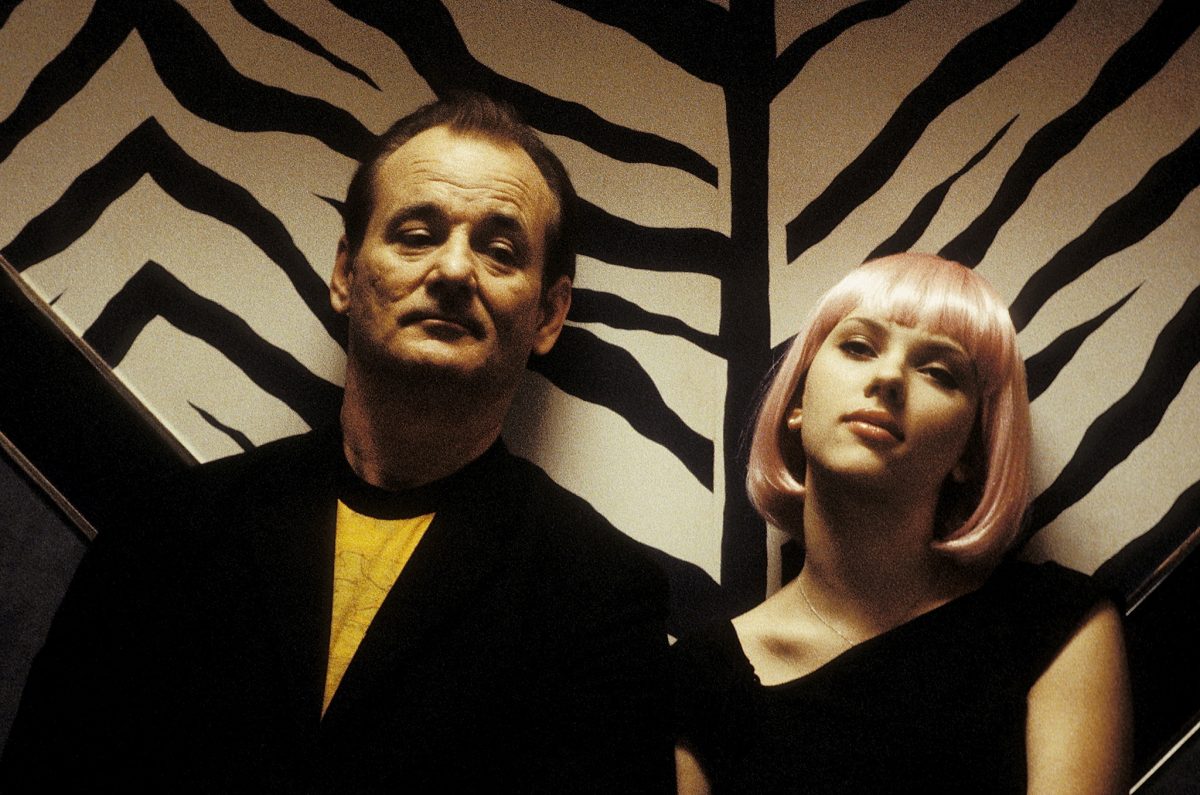 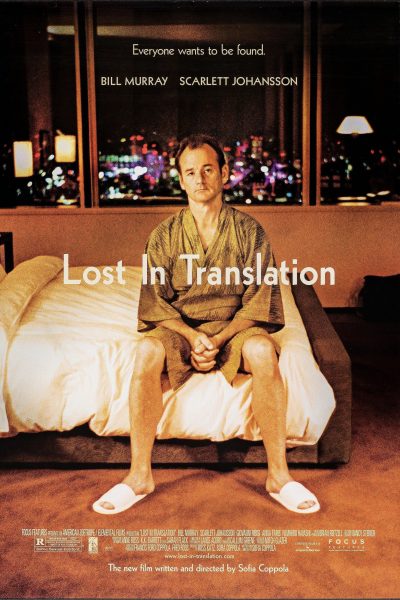 Unable to sleep, Bob (Murray) and Charlotte (Johansson), two Americans in Tokyo, cross paths one night in the luxury hotel bar. This chance meeting soon becomes a surprising friendship. Charlotte and Bob venture through Tokyo, having often hilarious encounters with its citizens, and ultimately discover a new belief in life's possibilities. [Focus Features]

"Bill Murray and Scarlett Johansson give performances that will be talked about for years."

"One of the purest and simplest examples ever of a director falling in love with her star's gifts."

"This is one of the year's most subtly moving films, and a strong affirmation of Coppola's substantial talent. [2003]"

"It's impossible to conceive of this ruefully funny entertainment without Bill Murray, who is nothing less than brilliant."

"Isn't about a May-December romance or a brief encounter in a faraway place. It's about being alone in a crowd and the power of unexpected friendships."

"What's astonishing about Sofia Coppola's enthralling new movie is the precision, maturity, and originality with which the confident young writer-director communicates so clearly in a cinematic language all her own."

"Giddily funny in a singularly American idiom, and shot, by Lance Acord, with an eagle eye for cultural absurdities, Ms. Coppola's film is also a meditation on love and longing, shot through with a sensibility that's all the more surprising for being so unfashionably tender."

"Watch Murray's eyes in the climactic scene in the hotel lobby: while hardly moving, they express the collapsing of all hopes, the return to a sleepwalking status quo. You won't find a subtler, funnier or more poignant performance this year than this quietly astonishing turn. [2003]"

"With cinemas dominated by underwhelming blockbusters and formulaic rom-coms, it’s easy to become disillusioned with the state of the movies. Thank the almighty, then, for Lost In Translation, which in 102 wondrous minutes will restore your faith in the power of the medium."

"Fraught with a deep sadness and sense of yearning. Yet, it is also an enormously -- at times, even uproariously -- comedic film, not because it feels any obligation to be "funny" in some contrived, screenwriterly sort of way, but because Coppola has set out to make a movie set to the rhythms of real (rather than reel) life."

"Gorgeously shot by Lance Acord, who makes Toyko a gaudy dreamscape that's both seductive and frightening, Lost In Translation washes away memories of "Godfather III," establishing Coppola as a major filmmaker in her own right, and reconfirming Johansson and Murray as actors of startling depth and power."

"Sofia Coppola's second movie as a director is more than a breakthrough: it's an insouciant triumph. She conjures a terrifically funny, heartbreakingly sad and swooningly romantic movie from almost nowhere and just makes it look very easy - as well as very modern and very sexy. It is a funky little Brief Encounter for the new century."