A naive hustler travels from Texas to New York City to seek personal fortune, finding a new friend in the process.
(R, 113 min.) 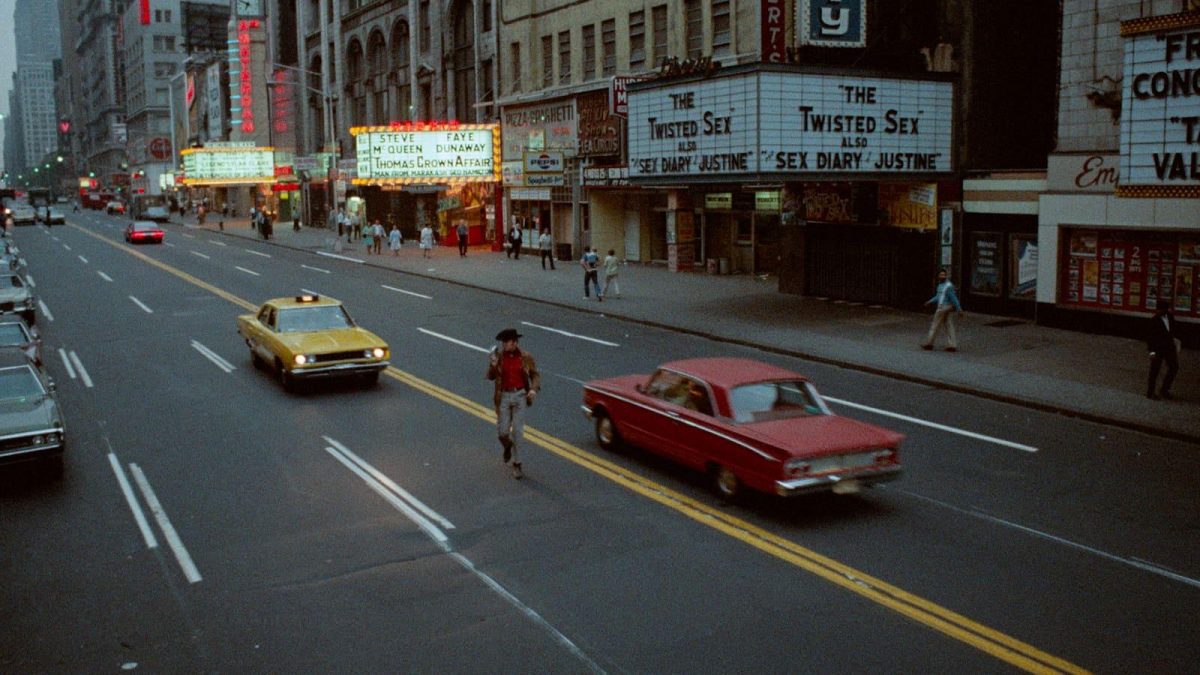 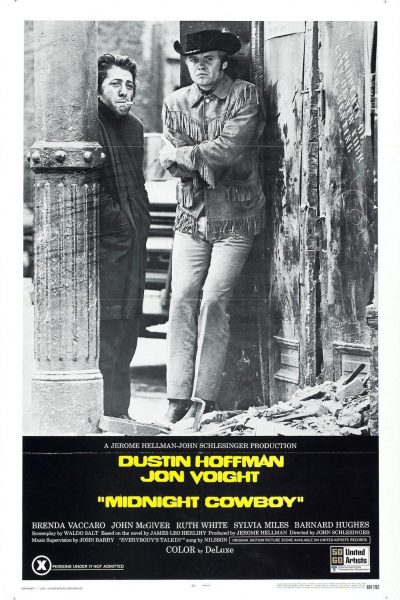 One of the British New Wave’s most versatile directors, John Schlesinger came to New York in the late 1960s to make Midnight Cowboy, a picaresque story of friendship that captured a city in crisis and sparked a new era of Hollywood movies. Jon Voight delivers a career-making performance as Joe Buck, a wide-eyed hustler from Texas hoping to score big with wealthy city women; he finds a companion in Enrico “Ratso” Rizzo, an ailing swindler with a bum leg and a quixotic fantasy of escaping to Florida, played by Dustin Hoffman in a radical departure from his breakthrough in The Graduate. A critical and commercial success despite controversy over what the MPAA termed its “homosexual frame of reference,” Midnight Cowboy became the first X-rated film to receive the best picture Oscar, and decades on, its influence still reverberates through cinema.
[Criterion]

"I cannot recall a more marvelous pair of acting performances in any one film."

"Superb performances and a compelling script have made this film a strange mix of Oscar-winner and Cult Classic."

"This multi-Oscar-winner nails its characters, time period, and locale so perfectly that it becomes even more compelling as time goes by."

"To watch Midnight Cowboy is to find one of the great rewards of the movies, two of the finest performances ever seen, and a city made new every time you watch it."

"Midnight Cowboy moves beyond realism into an archetypal tale of the Big City destroying dreamers. Joe and Ratso, like Of Mice and Men's George and Lenny, are quintessential failed, lower-class, buddy-dreamers."

"The performances and presences of Voight and Hoffman are so extraordinarily affecting that their scenes together generate more emotional power than the dramatic wiring of their relationship deserves. [29 May 1969]"

"Though Schiesinger's method constantly undermines the individuality of his displaced heroes, it is a reflection on the superb and largely unsentimental performances of both Jon Voight and Dustin Hoffman that one cares almost too much about them."

"Even as a kid, I could see that Midnight Cowboy’s true subject isn’t decadence but loneliness...Midnight Cowboy’s peep-show vision of Manhattan lowlife may no longer be shocking, but what is shocking, in 1994, is to see a major studio film linger this lovingly on characters who have nothing to offer the audience but their own lost souls. [1994]"

"This multi-Oscar-winner nails its characters, time period, and locale so perfectly that it becomes even more compelling as time goes by. Fueled by two riveting character studies and its exposure of New York City's seamy underbelly, the movie screams 'contemporary' and 'eternal' at once...It's one of those rare movies that comes together just about perfectly, so check out this theatrical release while you can."