The life of boxer Jake LaMotta, whose violence and temper that lead him to the top in the ring destroyed his life outside of it.
(R; 128 min.) 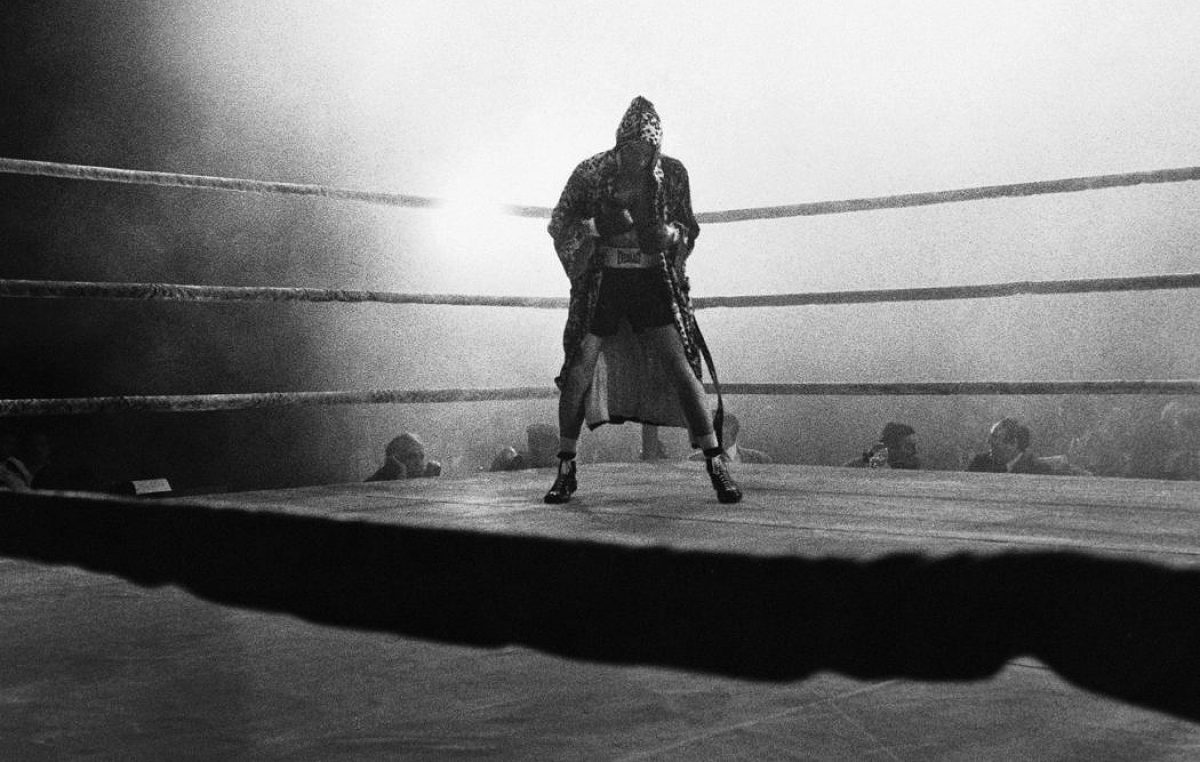 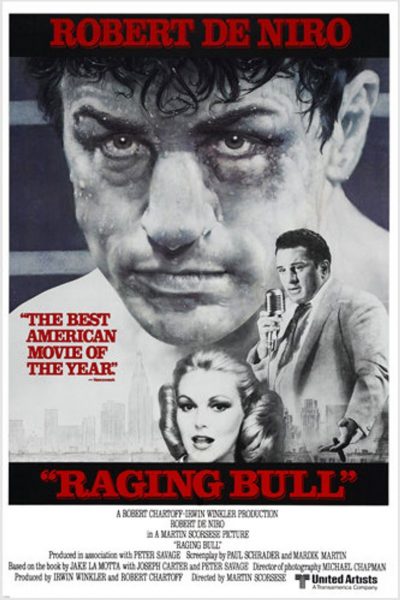 Synopsis: The story of Jake LaMotta, a former middleweight boxing champion, whose reputation for tenacity and success in the ring was offset by his troubled domestic life: full of rage, jealousy, and suspicion--particularly towards his wife and manager/brother--which, in the end, left him destitute, alone, and seeking redemption. [Rotten Tomatoes]

"De Niro's performance is one of legend."

"An underdog in its day and a classic today."

"Though Raging Bull has only three principal characters, it is a big film, its territory being the landscape of the soul."

"One of the bloodiest and most beautiful reflections on atonement in the Scorsese canon... It is still one of cinema's most breathtaking films."

"This is a masterpiece. It proves that a film can have violent undertones and overtones, but still illuminate and comment upon violence in a moving, poetic and profound way."

"Filmed in black-and-white and shockingly well acted by De Niro, Raging Bull suggests that if you are looking for the source of evil in the world, you don't have to look any further than yourself."

"What's most stunning about Raging Bull is the tension between 19th-century melodrama and 20th-century psychodrama, the narrative form brought into being by the conjunction of Freudian theory and the mechanics of the movie camera. The most obvious basis for the film's claim to greatness lies in Scorsese's devastating critique of the very codes of masculinity that shaped him as a filmmaker, and in Robert De Niro's performance, through which that critique is made flesh."