Documentary centering on the controversial political career of Imelda Marcos, the former first lady of the Philippines whose behind-the-scenes influence of her husband Ferdinand's presidency rocketed her to the global political stage.
(R, 101 min.) 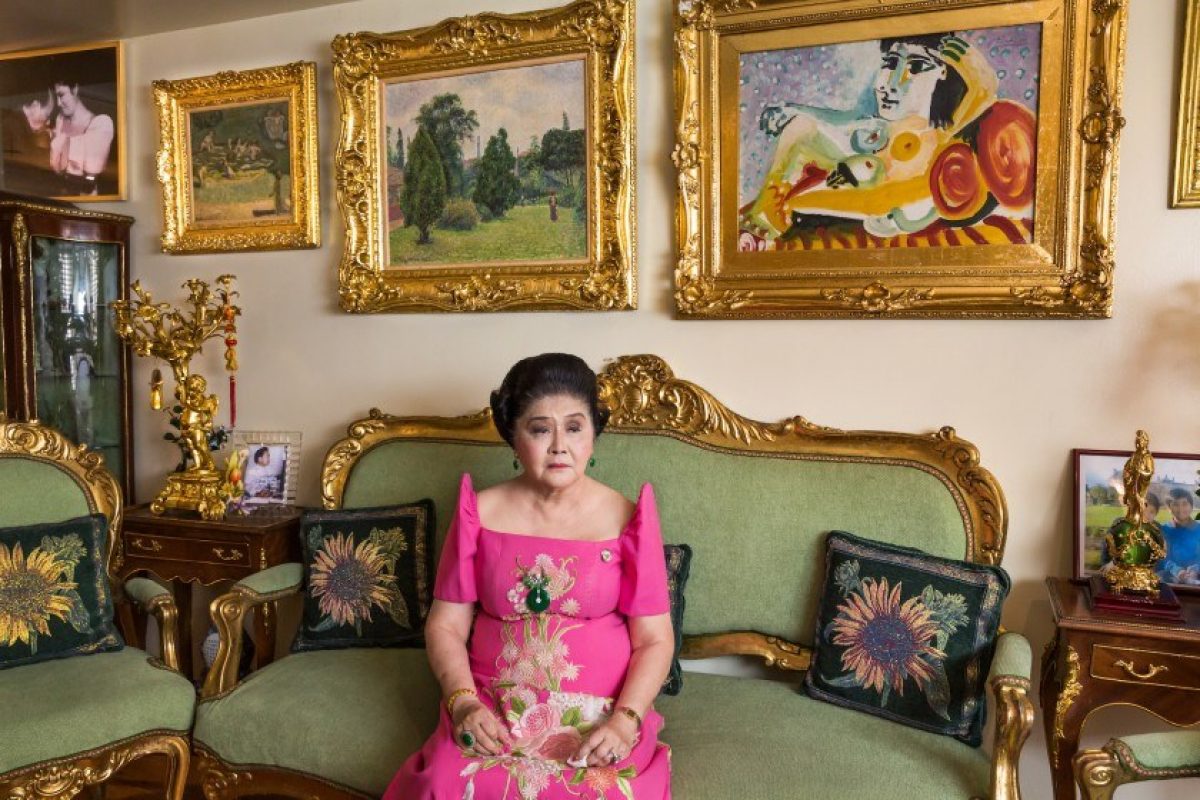 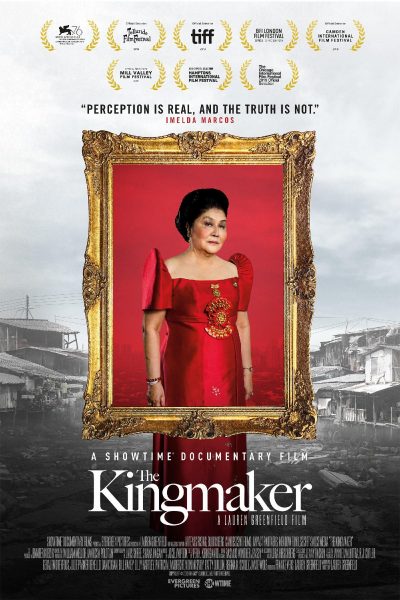 Centred on the indomitable character of Imelda Marcos, The Kingmaker examines, with intimate access, the Marcos family’s improbable return to power in the Philippines. The film explores the disturbing legacy of the Marcos regime and chronicles Imelda’s present-day push to help her son, Bongbong, win the vice-presidency. To this end, Imelda confidently rewrites her family’s history of corruption, replacing it with a narrative of a matriarch’s extravagant love for her country.
Director: Lauren Greenfield
Genre(s): Documentary

"It's a documentary that starts as a nonfiction portrait and ends as a political horror movie."

"A fascinating documentary about the Marcos family's troubled history - and the disturbing ways that it's making a comeback today."

"From her very first simper, I was hooked. Some see Imelda as one of the world's greatest villains. After this tour of her closet, that shoe fits."

"One of the most insightful portraits of what is basically sociopathic behavior excused by wealth and privilege that a documentary has ever produced."

""The Kingmaker" chills the soul by presenting shantytown residents and school kids who extol the Marcos regime and even endorse its eight-year period of martial law."

"An enraging portrait of entitlement, opulence and corruption, The Kingmaker starts as a profile of Imelda Marcos but soon widens its perspective to depict a Philippines in peril."

"An engaging, appalling but inevitably partial portrait of a woman who has navigated through countless political and personal squalls but remains irretrievably drawn to the flame of power."

"Marcos innately understands the importance of image, but she seems to have underestimated her inquisitor, who uses well-chosen historic footage and powerfully-edited interviews with other Filipinos to gradually expand the canvas."

"The juiciest insider look at a corrupt world leader since Barbet Schroeder's 'General Idi Amin Dada: A Self Portrait.' Marcos’ print-the-legend philosophy has particular resonance in a post-truth world, although such sinister undertones sneak up on audiences in a movie that begins, innocently enough, as the latest of Greenfield’s astonishing portraits of wealth run amok."