The Sea Inside (Drury @ The Moxie) 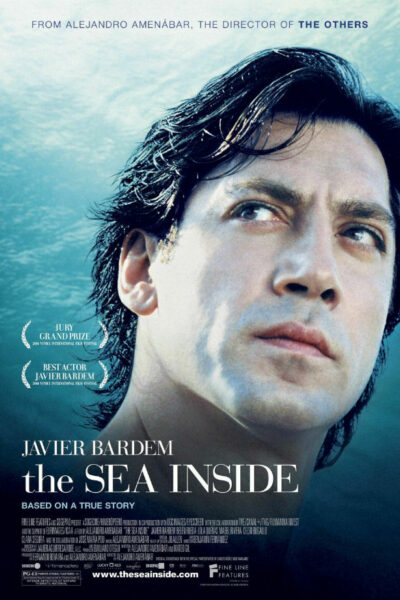 Dr. Chris Panza will lead a post show discussion of the film. Great insights to great films courtesy of Drury’s Humanities faculty. This series is made possible by a grant from the [Missouri Humanities Council](http://www.mohumanities.org/). Winner of the 2004 Academy Award (and 2004 Golden Globe Award) for Best Foreign Film, Alejandro Amenabar’s Mar Adentro (The Sea Inside) is beautifully filmed, deeply emotional, thoughtful, and provocative. It tells the (true life) story of Ramon Sampedro, a Spanish man who as a result of being paralyzed in a tragic diving accident, pursues a nearly thirty year battle to win the right to voluntarily end his life and die with dignity. A tour de force that captures us from beginning to end, the film raises powerful questions about the value of life, the morality of euthanasia, the nature and depth of our ethical obligations to others, and the role of the family. It is simply impossible to leave this film unmoved on a fundamental level.