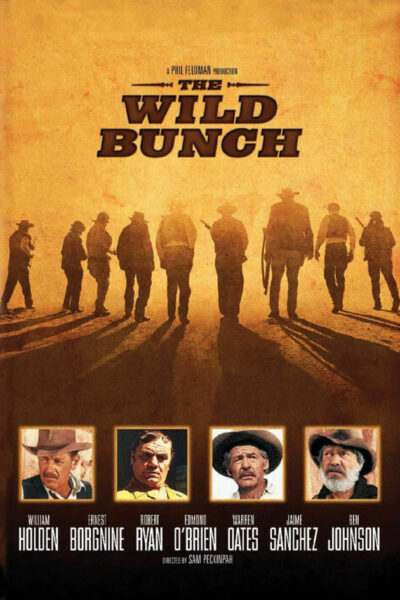 Essential Western Films This new quarterly series showcases the “essential” films everyone should see on the big screen. For each month-long program, we’ll screen five films organized by one of the following themes: directors, actors, genres, and eras/movements. Essential tickets are $9 for Adults, $8 for Students/Seniors and Members get in Free! The Wild Bunch (1969) is director/co-writer Sam Peckinpah's provocative, brilliant yet controversial Western, shocking for its graphic and elevated portrayal of violence and savagely-explicit carnage, yet hailed for its truly realistic and reinterpreted vision of the dying West in the early 20th century. Peckinpah had earlier directed another classic western about the West's passing, Ride the High Country (1962) and the epic western film Major Dundee (1965). Many of the film's major stars, including William Holden, Edmond O'Brien, Robert Ryan and Ben Johnson, were veterans of westerns with a more romantic view of the West in the 40s and 50s. This hard-edged, landmark masterpiece of the Western film genre was beautifully shot in wide-screen by cinematographer Lucien Ballard. Summary: An aging group of outlaws look for one last big score as the "traditional" American West is disappearing around them.