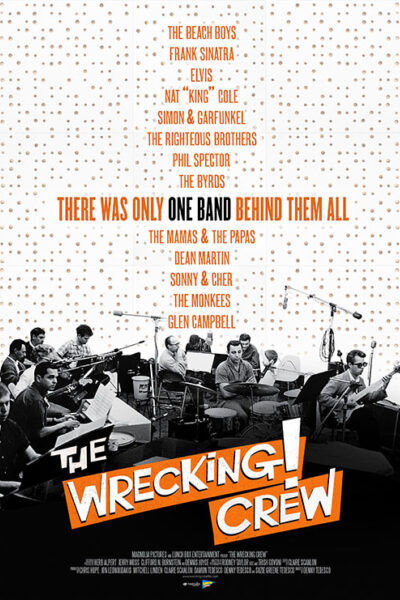 What the Funk Brothers did for Motown…The Wrecking Crew did, only bigger, for the West Coast Sound. Six years in a row in the 1960s and early 1970s, the Grammy for Record of the Year went to Wrecking Crew recordings. And now, The Wrecking Crew tells the story in pictures and that oh, so glorious sound. The favorite songs of a generation are all here, presented by the people who made them for you. [Magnolia Pictures]